We all arrived at Allan’s house on Saturday evening. A few drinks, a sleep and a minibus later, we boarded our flight from Manchester airport to Sicily and left the bad UK weather behind for 9 days.

Sicily’s roads are not the best we’ve travelled, so, along with the local’s terrible driving, they made our car journeys feel much longer that they actually were.

We kicked off the week with four of us visiting the Necropolis of Pantalica, a UNESCO World Heritage Site, which is a collection of cemeteries with around 4000 rock-cut chamber tombs dating from the 7th to the 13th centuries BC.

A deep gorge formed by the Anapo and Calcinara rivers, it is an important nature reserve, with a variety of local flora and fauna and natural caves (notably the Grotta dei Pipistrelli (Bat Cave)).

We split up at the bottom of the gorge, Harvey and Malcolm worked their way towards Grotta Dei Pipistrelli entrance whilst Allan and myself (Barbara) followed the river in the opposite direction. 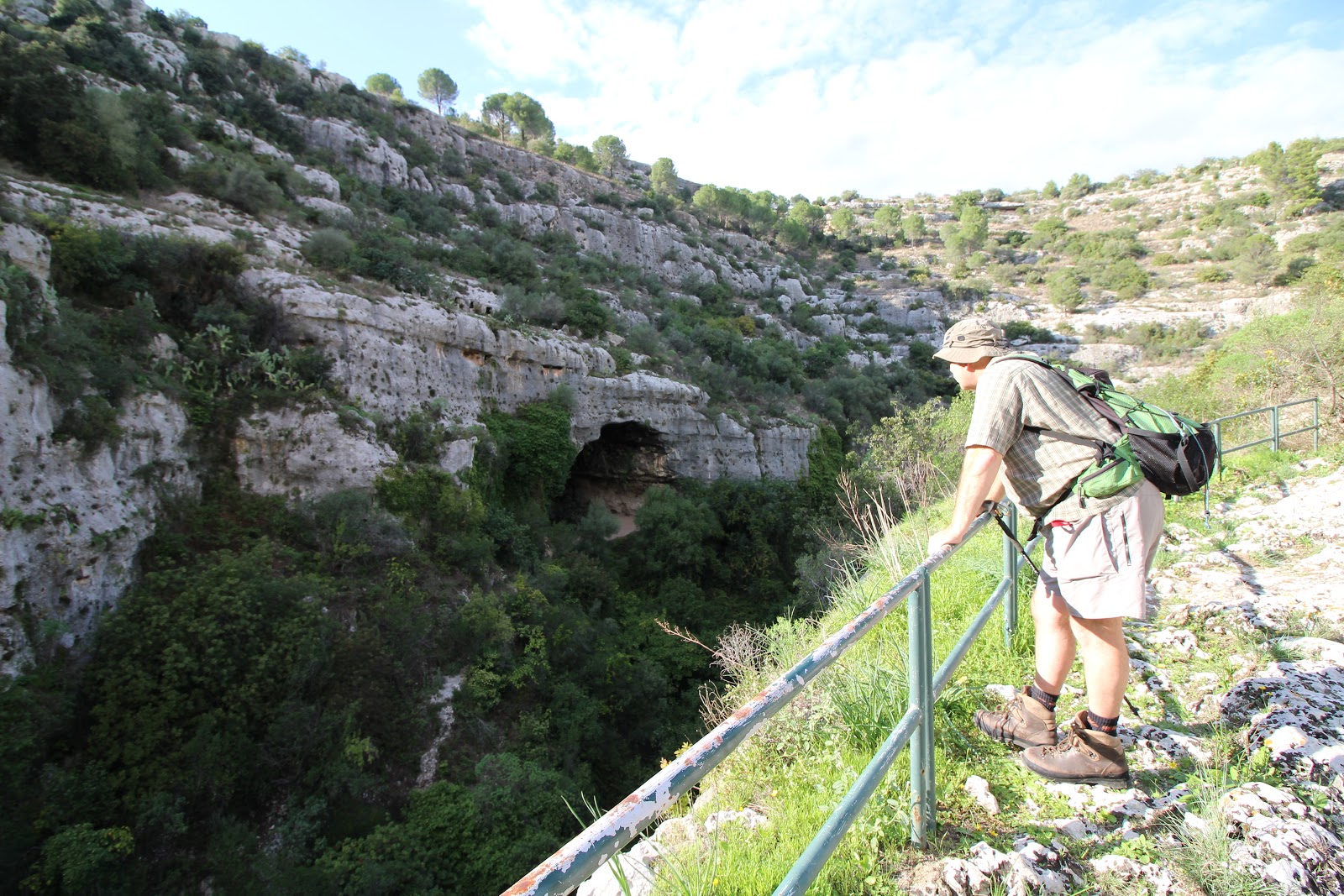 After the climb back up the gorge, we saw this sign for another cave: 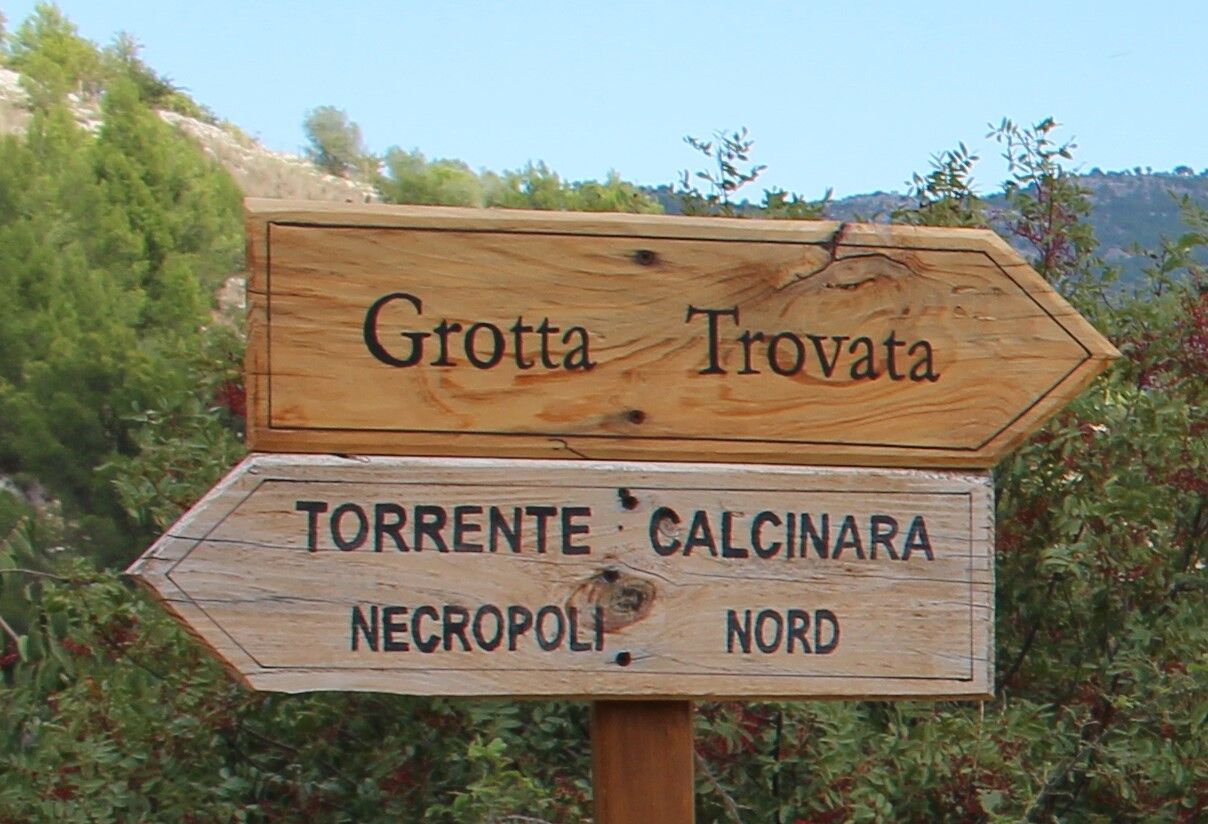 Down a very steep path, we eventually got to the entrance. The entrance was a short crawl which opened up to a relatively large chamber. Sadly, the ease of access has encouraged some vandalism just inside the entrance. There were a few pretty formations further on where the public don’t venture. 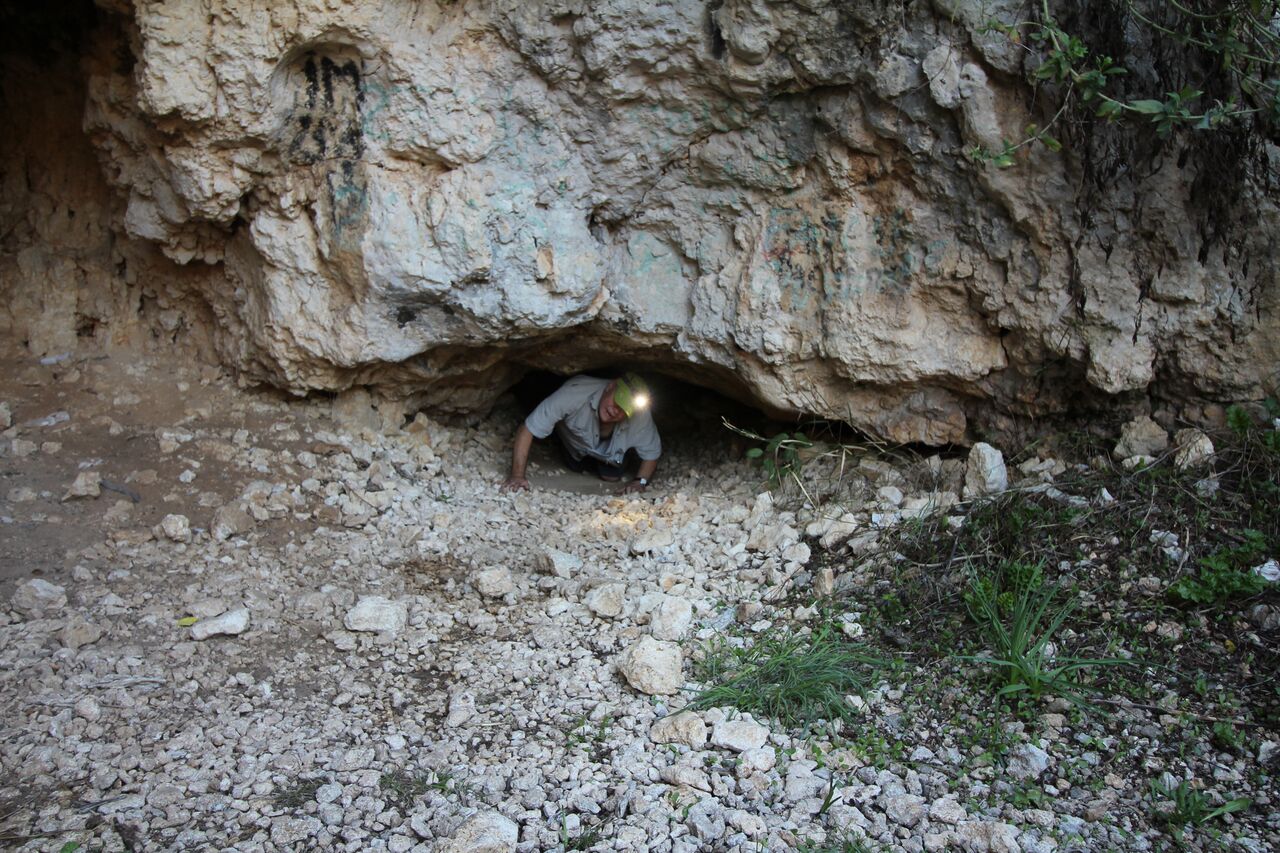 Harvey coming out of Grotta Trovata

We all visited The Roman amphitheatre of Syracuse. 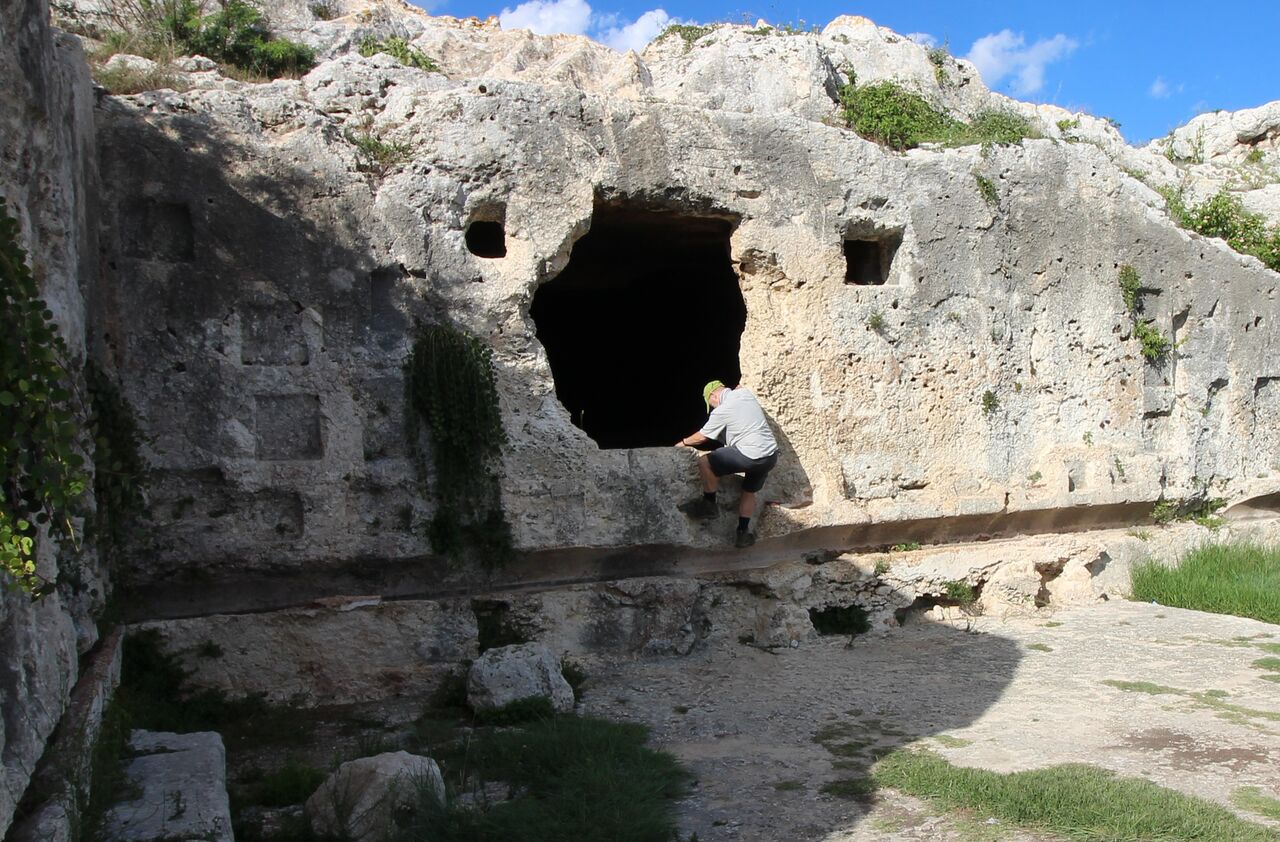 Harvey doing a spot of climbing

The day was filled with lava tube hunting, a dubious game of croquet and a nice evening barbecue. 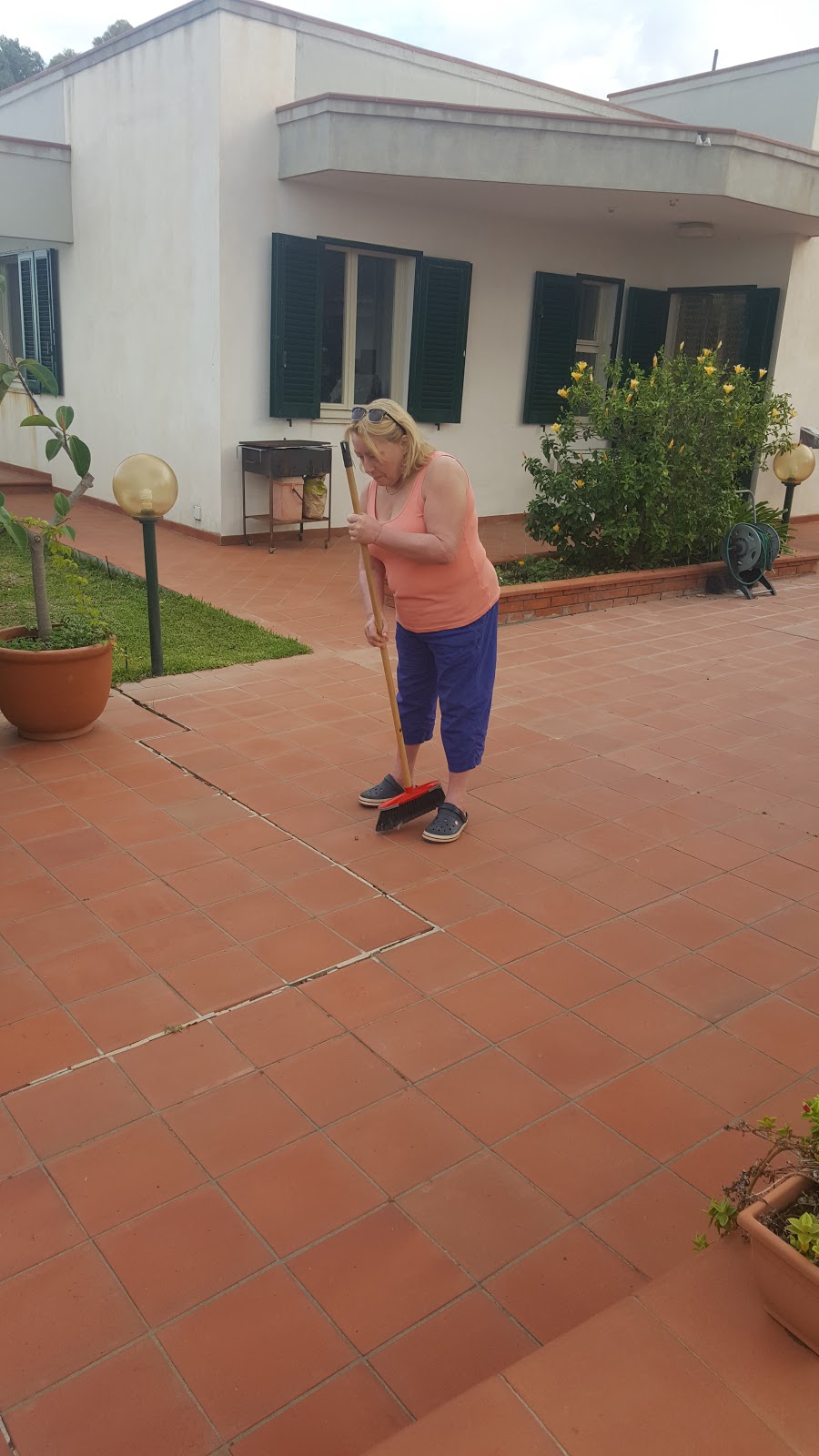 Lel aiming for a gap in the wall

Allan, Malcolm and myself visited Piazza Armerina to see the world famous Villa Romana Del Casale mosaics. Another UNESCO World Heritage site, it has one of the richest, largest and varied collections of Roman mosaics in the world 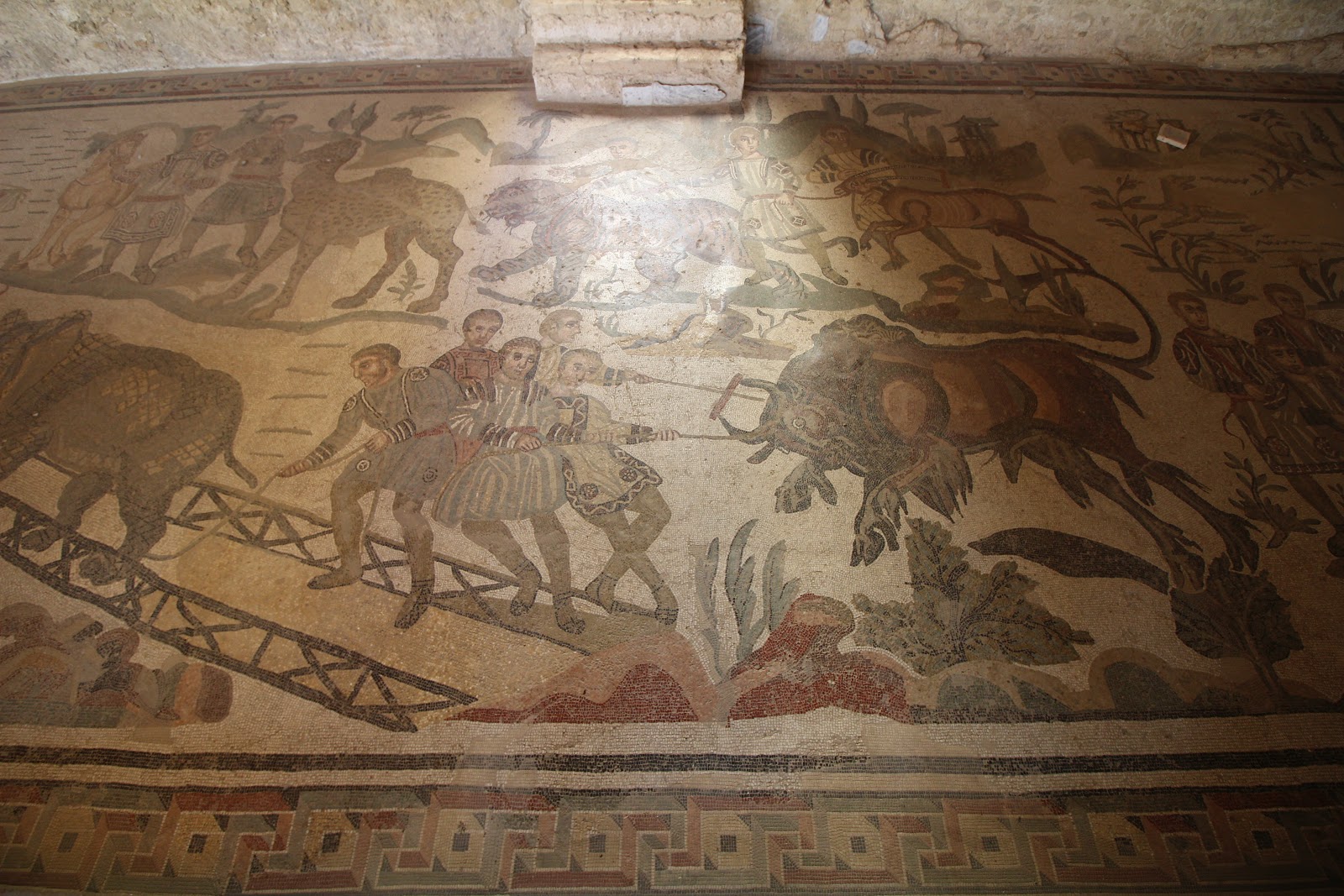 Full day on the Circumetnea train around Etna

We caught the rural train in Catania Borgo. A charming little route which circles around the base of Etna and passes through the small villages dotted on her slopes and through the lava fields. We had lunch during a 3.5hr wait between trains in Randazzo. Walking around, the time passed quickly and we stopped for an ice cream on the way back to the train station. Carried on to Giarre where we walked to the metro line station and caught a high-speed train back to Catania. 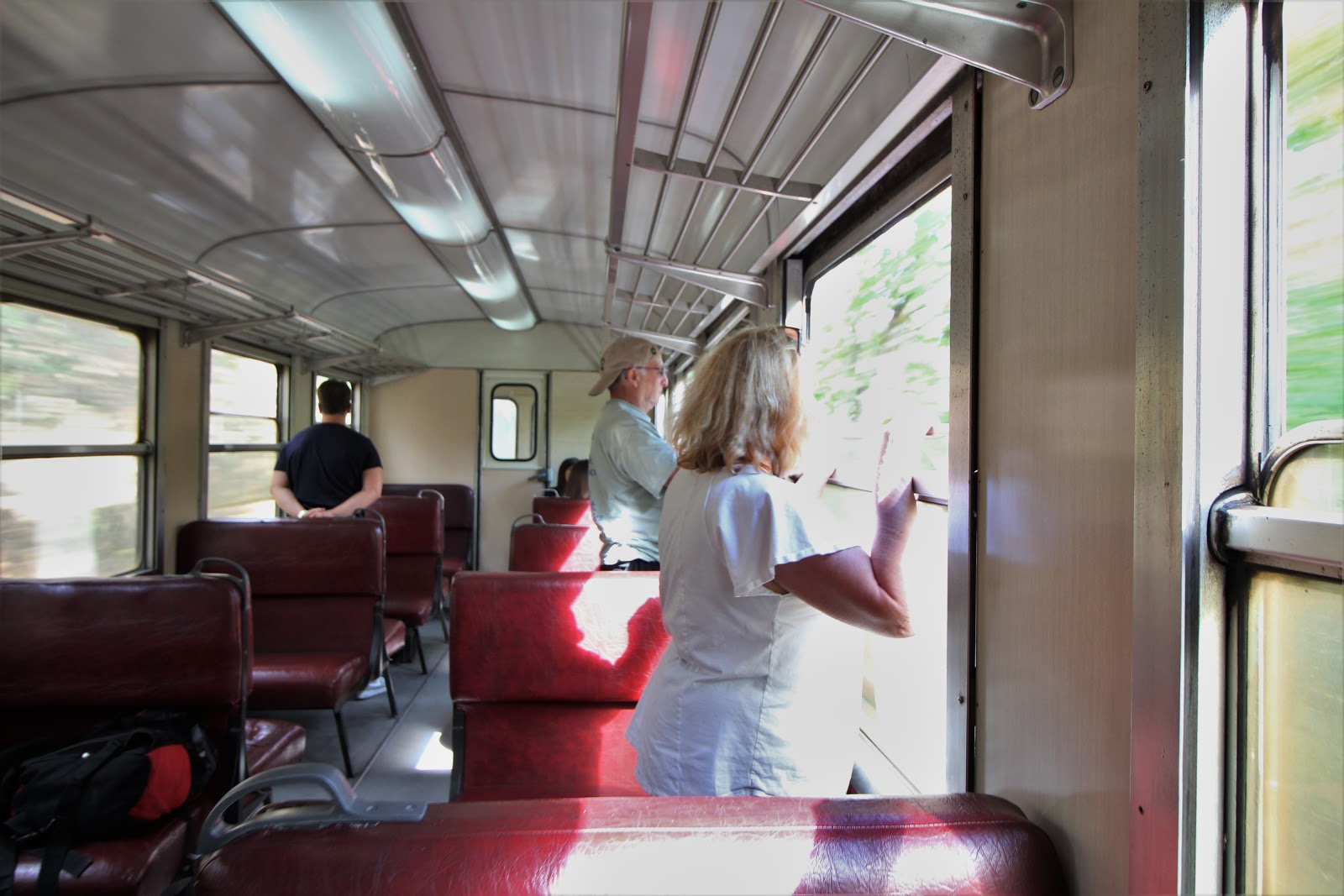 There is a 6m pitch near the entrance, so they took a ladder and rope for access. Iain at the bottom of the pitch 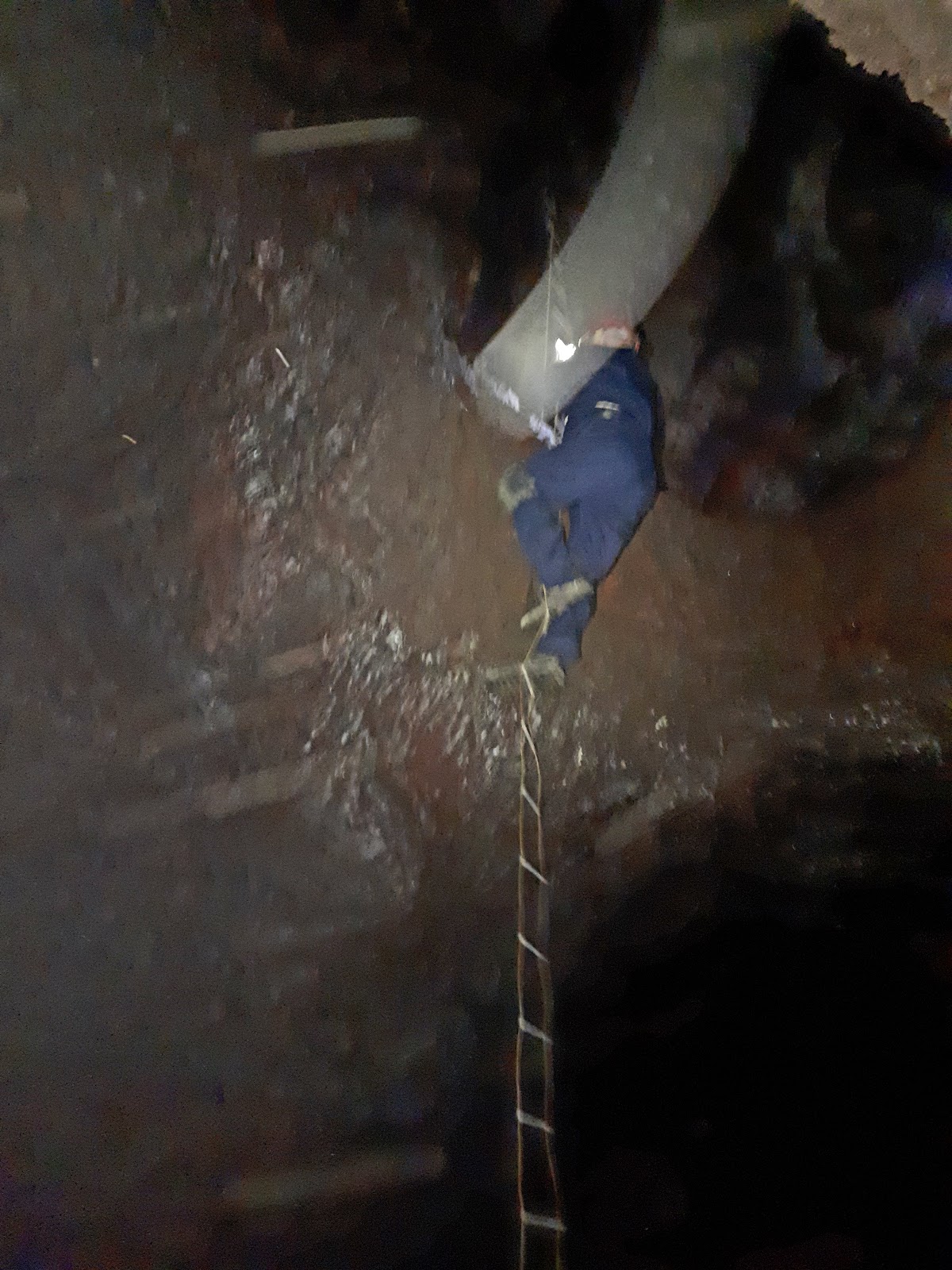 After descending the pitch, a little further on and they came across another, unexpected pitch. After using all their gear descending the last one, they had to turn around and come back out.

A day up on Etna

A cable car ride and bus up to the top of Etna gave us plenty of time to explore the lower craters from previous eruptions. 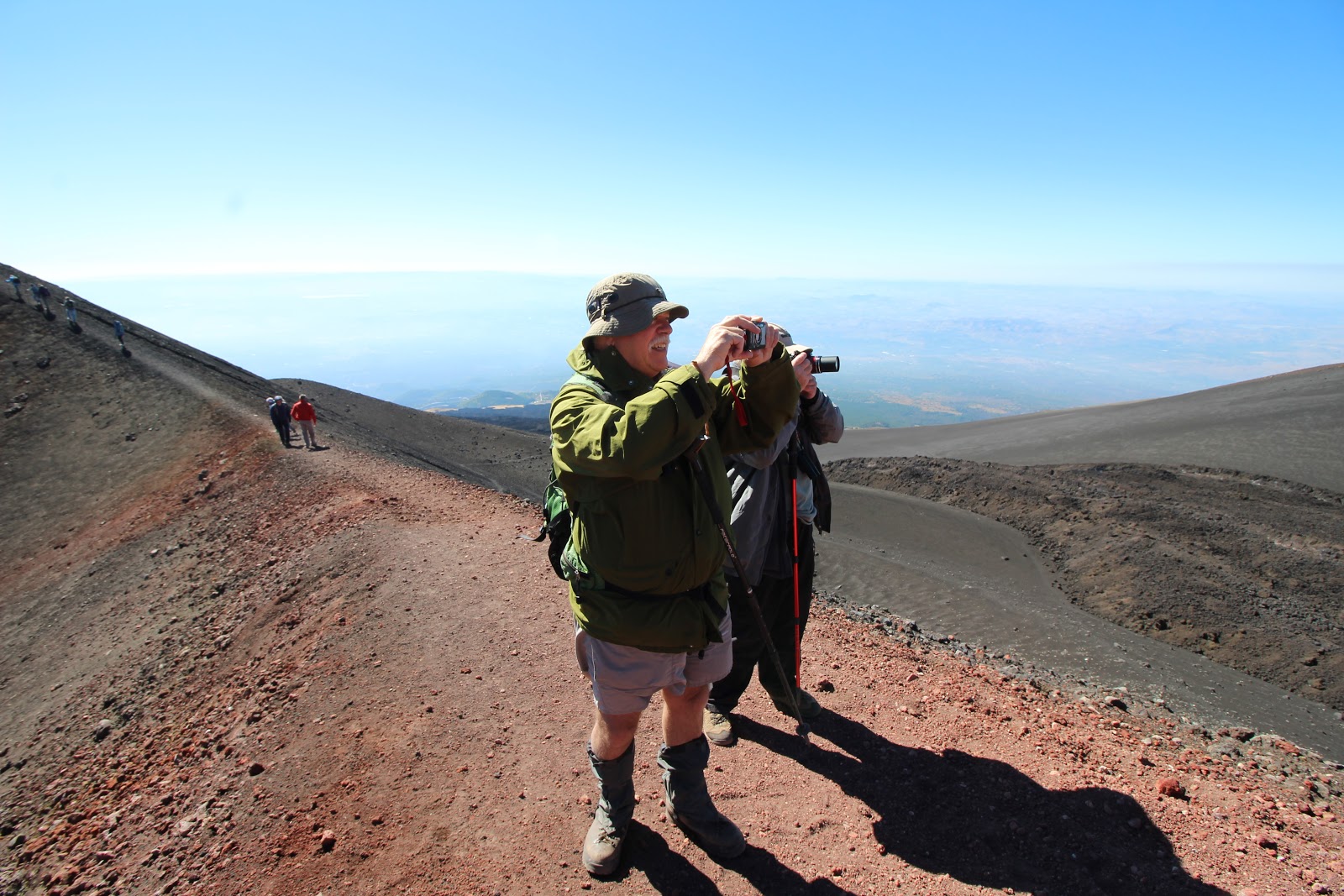 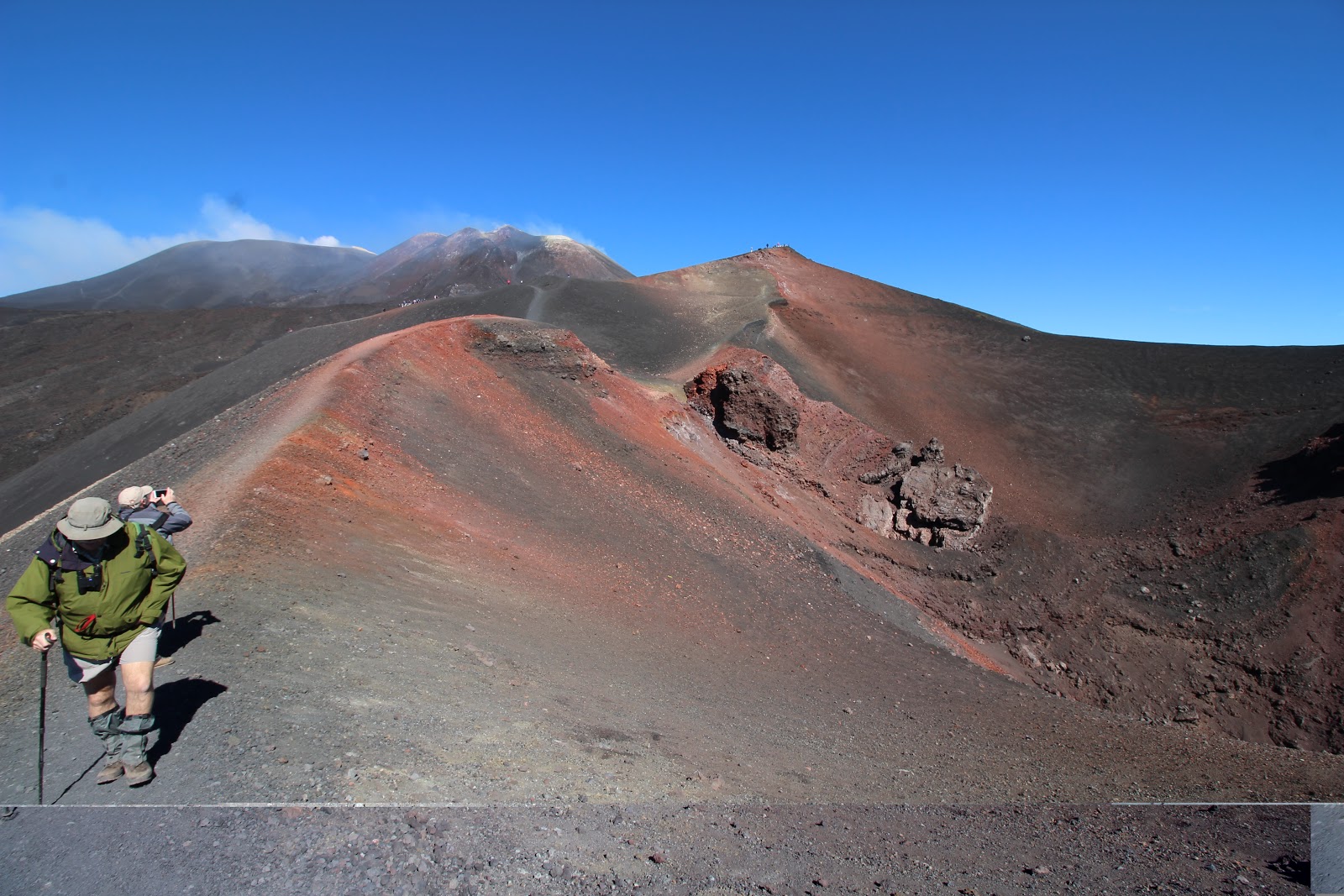 Walking on the crater

Back down the mountain to the car, we then set off to get a quick lava tube trip in before we met up with Harvey for coffee at the cable car station.

Last day in Sicily. We split into two groups. Iain, Lel and Harvey went lava tube hunting while Allan, Malcolm and myself went to the Messina straights. 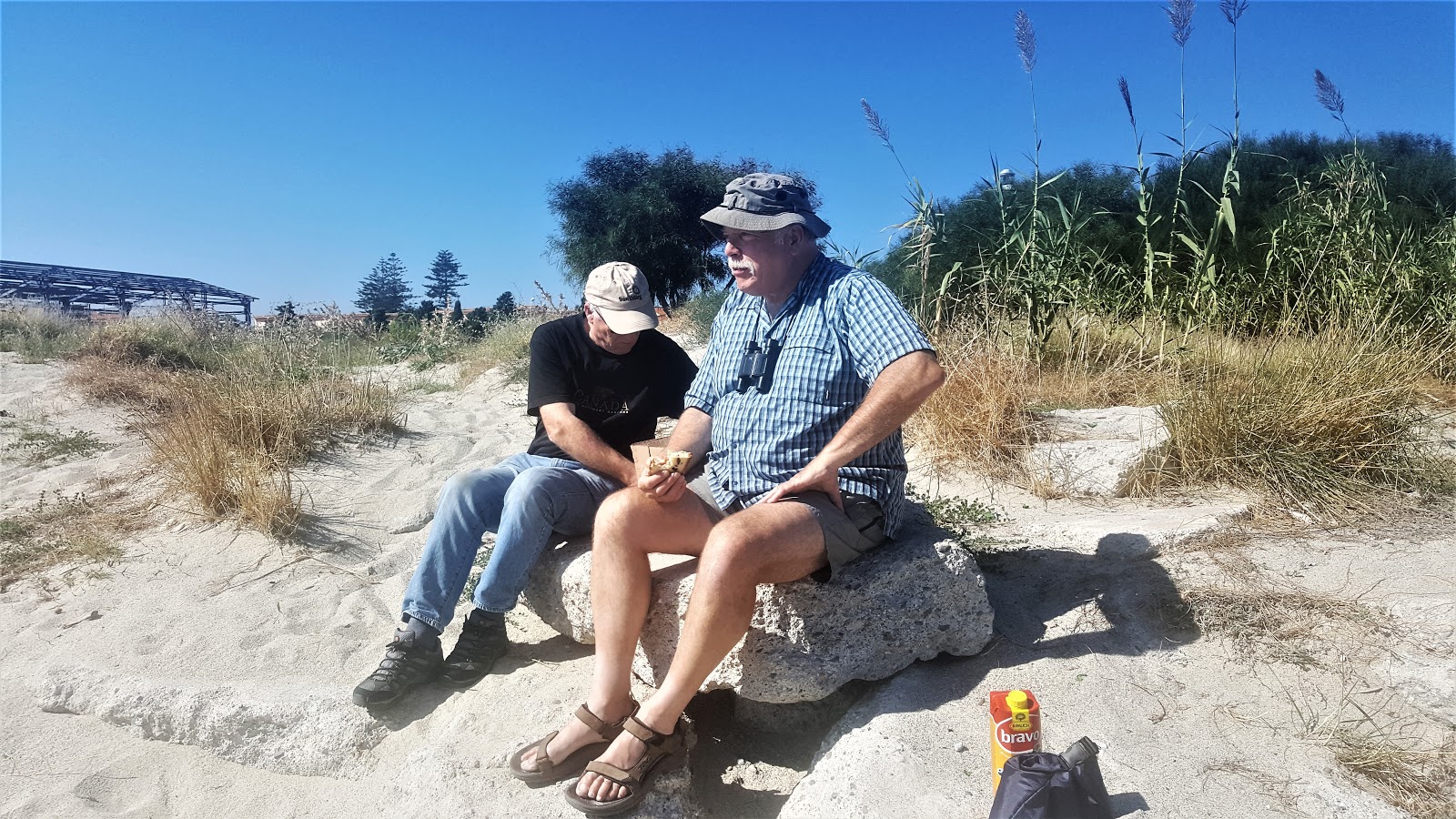 Lunch on the beach followed by a paddle in the sea.

Working our way back towards the airport and our evening flight, we stopped to visit Taormina, which is a very old and beautiful town perched on a rock. 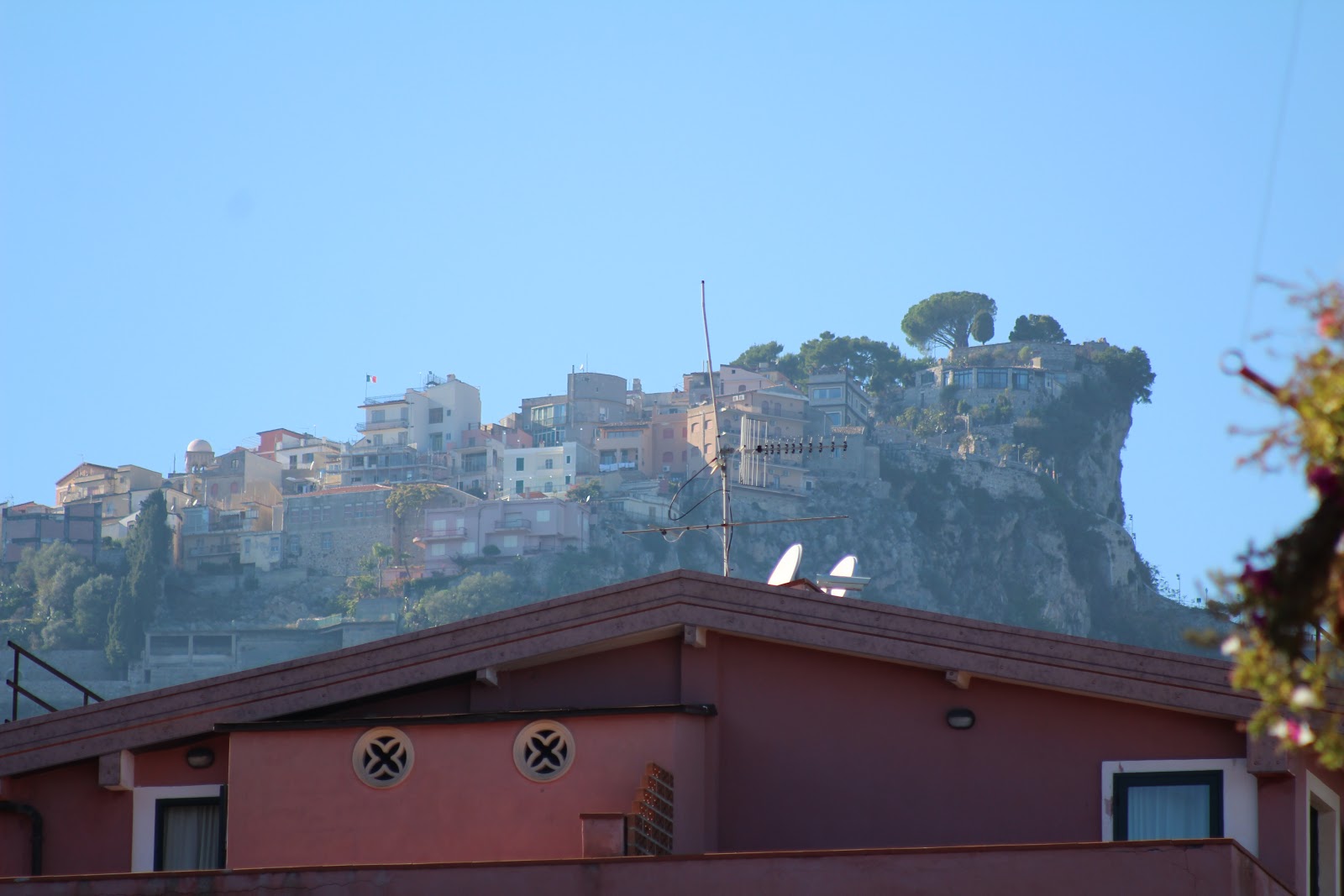 Then, from Taormina to the airport, to fly back home.