A super fast journey up to North Wales by Toby, Barbara and Claire directly contrasted with the 6 hour epic drive had by Duncan. Nevertheless, we were all together to enjoy food and a pint on Friday evening. We stayed at the Vagabond Bunkhouse in Betws y Coed, which was convenientley situated for what we wanted to do, though not the best bunkhouse we have found in Betws.

Saturday
The forecast had promised a dry and partially cloudy day. So when the curtains were opened revealing a black sky and steady rain, it was a disappointment. It was rumoured to be clearing up later in the day, so we all continued with our plans for the day. Barbara went to explore Swallow Falls, Claire and Duncan went up Glyder Fawr and Fach and Toby visited local friends.


Glyders
I had wanted to go up the North Ridge of Tryfan and then on to Glyder Fach and Fawr and down Devil's Kitchen. However, when we reached the carpark on the shore of Llyn Ogwen an incredibly heavy downpour started. We decided to sit it out and were sitting in the car unhappily watching the mountains we wanted to climb disappear under clouds when the wind rose and began to rock the car. Not the best weather to start a walk. Around 20 minutes later it had at least stopped raining, so we decided to go for it. But not fancying climbing Tryfan North Ridge in the wind and wet, we headed for Llyn Idwal and Glyder Fawr. What a great choice! And what luck - it turned out that it was the last really heavy rain of the day.

The walk around Llyn Idwal was made brisker by some drizzle, but it was still a pretty place and there were plenty of other walkers heading at least as far as the lake. It was the other side that the ascent began. Devil's Kitchen looked steep as we approached it and this was confirmed when we started walking up it! But we didn't take too long on this section and were soon up the steepest section, looking at the scree slope leading to the summit of Glyder Fawr (1001m; the carpark had been around 300m). It was very windy here and sitting on the summit for lunch, it didn't take long to get pretty cold.

The walk across the ridge was excellent, but very windy. We walked around the spectacularly sculpted Castell Y Gwynt and then came upon the Cantilever. This just cried out to be stood on (even though it was really windy and it felt like you were about to get blown off!).﻿

Heading down via the steep scree slope around Bwlch Tryfan down towards Llyn Bochlwyd was fun and we were still amazed that after all this time it still hadn't rained. We had a well deserved coffee at the cafe near the start of the route and then headed back to the others and dinner out at a crazily busy Y Stablau in Betws. Total walk time: 5.5 hours


Whilst Claire and Duncan went off to climb the Glyders and Toby met up with friends, I wanted to do the walks around Betws Y Coed. I’ve know this place all my life and have lots of happy holiday memories here growing up. This small village is bursting with tourists every day, rain or shine. They come by the bus load to take in the beauty of the place.

The walk starts at St Michaels church. The church was built in the 14th century and is the oldest building in the village. Bede (prayer) house in the woods – in Welsh, Betws Y Coed, which the village was named after. 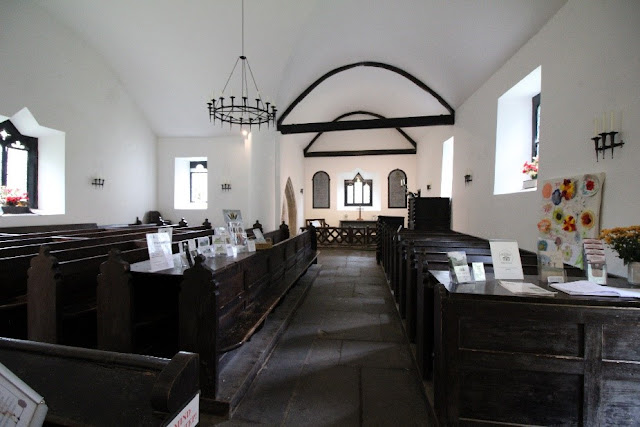 This beautiful little church has been restored and is looked after by the Friends of St Michaels group. 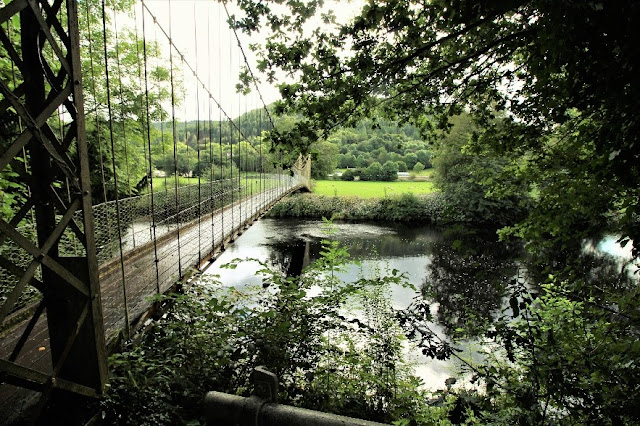 The Sappers Suspension Bridge across the River Conwy near St. Michael’s Church dates from 1930. It replaced an earlier bridge from 1917.

The walk continues around the golf course and passes the point where the Afon Llugwy flows into the Conwy. The path eventually leads to the main road in the village near the railway station. I turned right and followed the main road to Pont Y Pair Bridge.
The Artist’s wood walk starts next to the falls under Pont y Pair bridge. The river side path heads upstream of the Afon Llugwy, towards Miners Bridge. This is a mix of woodland and open grassy areas with grazing sheep.

At Miners Bridge, I crossed the bridge and follow the river upstream to the Swallow Falls.
The path to Swallow Falls is a bit rough in places. A couple of fallen trees and some really muddy areas. After rain the night before and early morning, Swallow Falls was very lively when I arrived with a large amount of spray.
﻿
﻿
I walked back to our bunkhouse in Betws Y Coed via the main road.
The walk was approximately 8.5 miles in total.

Underground trampolines at Bounce Below!! Jumping on giant trampolines and slithering down slides in a slate mine for an hour. What's not to like there? It was good fun, although we were absolutely shattered after the first 15 minutes and were dead beat by the end of the hour. All the 10 year olds were still going strong.

It was never going to be cheap, but it sure was a lot of fun! Two members of SWCC (Claire Vivian and Duncan Hornby) headed to Australia in July for the 17th ICS conference. We also attended the pre- and post- conference excursions (i.e. 2 weeks of caving with local cavers!). Our first stop was Margaret River, south of Perth.

The caves are hot in Western Australia and get hotter as you go further in! Lightweight overalls a must, often stripping down to just a t-shirt. Fortunately caving is relatively easy with few technical aspects.


We visited 7 caves during the Margaret River excursion, with the jewel in the crown being Easter Cave; incredible formations from start to end and we were only allowed to see half of the cave! Below are a few photos that came out best and don’t do justice to the sheer number of delicate and impressive formations.


Best way to describe Easter cave, is get all of the UK’s finest formations and line them up, that is just the entrance series to Easter cave… Seriously it’s that well decorated!


Yet, not to be totally overshadowed were Strong’s and Crystal Cave. Whilst not as profusely decorated as Easter, they also contained some magnificent formations.

This pre conference excursion was run by the Western Australian Speleological Group and we thank them - especially Tim,Greg and Luana - for their time and organizing an amazing excursion.


It was much cooler in Penrith near Sydney and our accommodation was a caravan park 30 minutes walk away from conference venue. It was sunny and t-shirt weather in the day, yet, thick coat time at night. A dedicated marquee held the poster displays, club stands and the speleo olympics. Presentations were held in the main Panthers building. 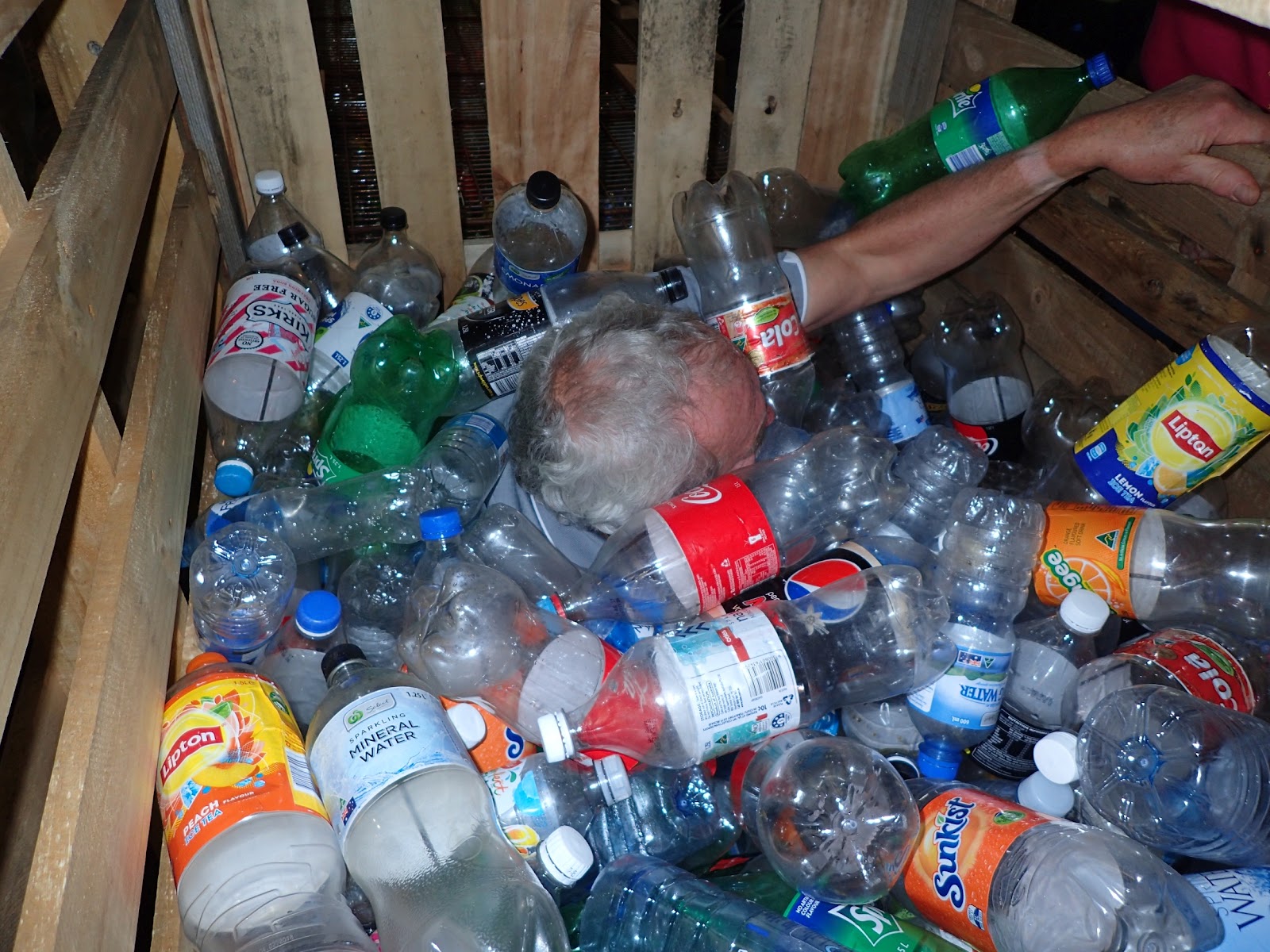 It was not all work and no play, we attended a mid-week dry canyoning trip in the Blue Mountains.

The conference week past in a flash ending with the traditional banquet. This started with a traditional Aboriginal welcome followed by food and much drinking. A slightly sad event as we were saying our goodbyes to new friends.


But it was not over! On the Sunday we met up at the Panthers event site, crammed ourselves into the back of a “trooper” and headed to Jenolan in the Blue Mountains for a week of caving!


This excursion was larger with about 20 people attending with 10 different nationalities! The organizers had arranged a week of sporting caving and access into the show caves.

Decontamination was taken very seriously, with peoples kit sprayed to kill off any fungus that could potentially cause white nose syndrome.


We were very privileged as one cave (the highly decorated Barralong) issues only 2 permits a year and the ICS excursion took them both!


Tuglow was to be the week’s “main event” with the entire group visiting the system in one hit, splitting up into several groups: the photographers doing the “gentle trip” and the full on “mega trip” with a guaranteed misery promised with an icy cold swim! Of cause the mega trip was a red rag to a bull to us and Claire and I eagerly signed up! Getting there involved a river crossing.


Tuglow entrance involved abseiling (100m in 2 pitches), a high traverse above the stream with a sh*t scary bold step, big chambers, more abseiling, a “refreshing” dip (for the first time ever, being short actually meant that Claire did not have to swim!), then ladders up and out through fantastic flowstone chimneys. We were the last out and did a quick stomp up and over the ridge back to the cars to find a nice cup of tea on the brew. To top off an awesome day our excellent Australian hosts provided a BBQ back at their cavers hut!

Our last trip was Spider Cave, a trip made serious due to 3 very tight squeezes. Rescue beyond these would be impossible. A fourth squeeze, a very unpleasant tight flat out crawl gives access to a chamber with the unusual Palantear formation.

Like the previous two weeks, our Jenolan week passed in a blink of an eye and it was all too soon to head home. We were dropped off in Sydney and did some last minute sightseeing, the Opera House and Sydney Eye tower. It was then back on the planes for a soul crushing 24 hours of travel.

This post conference excursion was run by the Newcastle & Hunter Valley Speleological Society and we thank them - particularly Andrew, Peter, Mel, Dan, Mark, Steve and Chris - for their time and organising an amazing excursion.


Duncan - For me it has to be Easter cave and the stunning formations it held, another “highlight” was passing the fourth squeeze in Spider cave in Jenolan, right on the limit of what I can physically fit, not a place to lose your head! The lowlight, well I guess that was when I blew $5 on a “pokie” in Panthers in less than 30 seconds...

Claire - The caving and making plenty of new international caver friends. These conferences are a great way to meet more cavers and get access to special caves that would be pretty much impossible otherwise. My favourite caves were the blindingly pretty Easter Cave in Western Australia and the fun, varied, sporting trip in Tuglow (Jenolan Caves). Ooh! And I mustn’t forget the kangaroos! I saw loads of them, including a field full of around 40 wild ones at one point, but it still wasn’t enough. Even briefly seeing a Huntsman spider (read VERY big spider) was a highlight as I won’t forget that in a hurry. I was also delighted that Spider Cave did not live up to its name and be filled with spiders. Lowlight was the over 24 hours of travelling time to get there.
Posted by Hornbydd 5 comments: