It was another excellent year for SWCC at Hidden Earth. It began very well for us with Andy and Antonia Freem providing the opening AV entitled The Recipe for Good Caving. This went down very well with all the conference delegates and created a good atmosphere for the rest of the weekend. Andy and Antonia also showed two more videos at the conference - The Geology of OFD and The Journey to Circus Maximus (Ogof Draenen). Both were well received.
Our club stand was ably co-ordinated by Chloe Francis, Andy and Antonia Freem, Harvey Lomas and Pete Hobson. So successful was this, that it won the prize for the best club stand at the end of the weekend gaining SWCC an additional 30m of rope as a prize.

Club merchandise for the stand was arranged by Jo and Chloe. There was considerable disappointment when the BRAND NEW OFD 'Huffs' were not delivered on time and were stuck at the UPS depot in Avonmouth around 45 minutes drive away. Undeterred by this, Chloe saved the day by deciding to drive there and collect them in person.
It was a good job she did so as these proved to be a definite hit with cavers at the conference and around 25 were sold during the time we were there! So, SWCC members, take note. These huffs are now limited editions, so you had better hurry and buy yours before they are gone (available in the SWCC merchandise cupboard at £9.00 each).
The new colour survey also went down a storm at the conference and more than 30 copies were sold. The stand was continually full of cavers coming up close to the survey to point out where they had been and try and work out how to get to where they wanted to go next (usually Northern Lights, so perhaps that's a new route idea for the next batch of Huffs). The full colour new surveys are now also available at SWCC (priced at £15). The survey was the result of the determined hard work of Brian Clipstone and Andy and Dave Dobson. It won the Best Displayed Survey competition at Hidden Earth last year. It had pride of place on the stand this year and survey sales went incredibly well across the weekend. Martin Hoff also had a distinction for his entries in to the Photo Salon.

Two of our youngest members were also present at the weekend, Harri Brown and Sebastian Wire. Both are a little over one year old and, believe it or not, have not actually met yet, as they managed to miss each other by moments on the weekend. 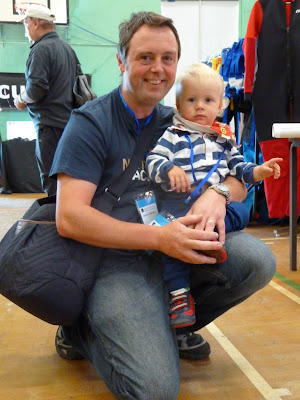 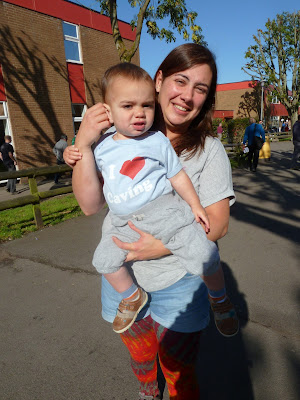 Lizzy and Sebastian and Adrian and Harri looking happy and contented at Hidden Earth.


Then there were the many successes of our four joint Dudley/SWCC members Mark and Jess Burkey, Keith Edwards and Brendan Marris. The photo on the poster for Hidden Earth and on the front of the programme was by Brendan Marris. They also won the t-shirt design competition. 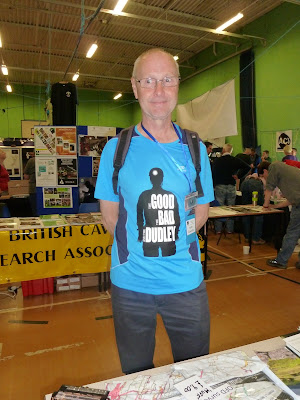 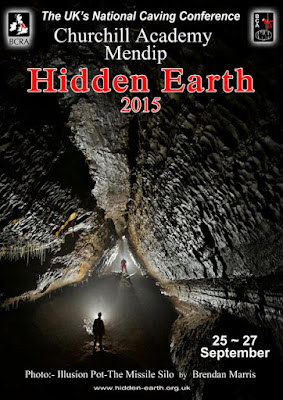 Brendan's cover photo of the Missile Silo in Illusion Pot and Keith at the SWCC stand modelling the winning Dudley t-shirt design.

Even more photographic success followed for them. Keith won the video salon competition with this entry: https://www.youtube.com/watch?v=nxu780mKtkw Mark Burkey won the Premier Trophy for the best panel of 5 photos. Mark also won the Best Photo in Show  and the Fun Shot. Brendan also won the best Colour Print. 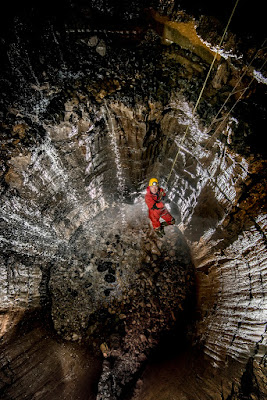 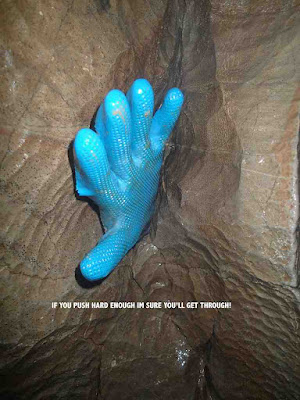 Mark's winning shot of Garland's Pot and his winning fun shot (captioned 'If you push hard enough, I'm sure you'll get through!)

To top it all off, Claire's conference badge was plucked out in the lucky dip and she won free entry to Hidden Earth 2017.

So, although the following sign could be spotted in the exhibition hall on the Sunday (it may have had something to do with a certain rugby match result...) SWCC certainly proved that Welsh caves, and those who enjoy visiting them, are a central part of the modern British caving scene.