I was very kindly invited to spend a week caving and sight-seeing in Mallorca.


The thought of spending a week living with people you hardly know can be nerve wracking. As a new member of SWCC, I only know a small number of members.  But after meeting Lel, Iain and Paul with Claire at a pre-trip evening meal, I felt a lot less apprehensive about the trip.


As everything had already been organised, all I had to do was pay up and turn up.


The week consisted of a mix of caving, walking and sightseeing and we managed to clock a lot of miles up that week. The guys did all the driving and us ladies enjoyed being chauffeured around.


*Highlights of the week* 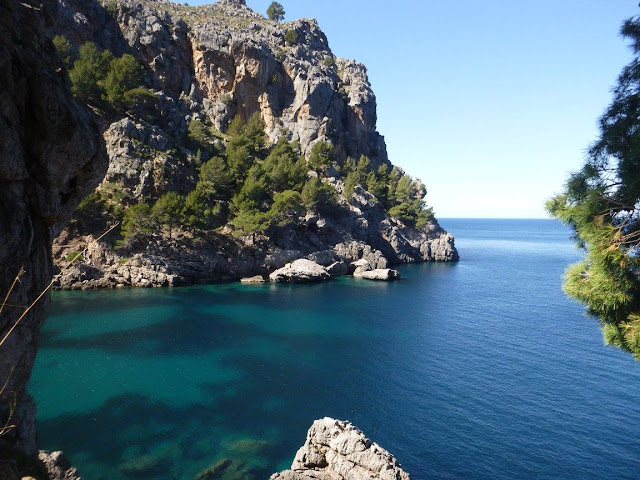 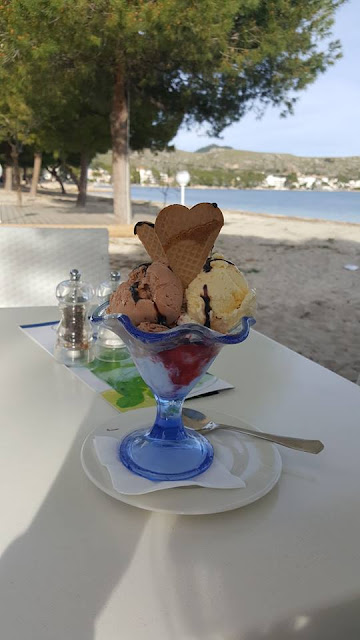 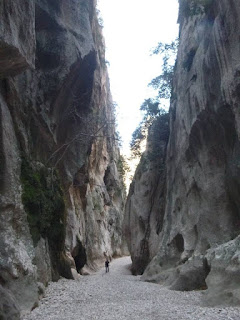 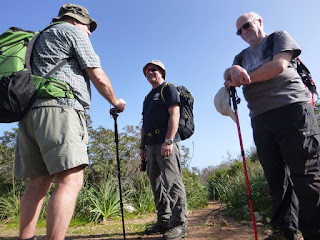 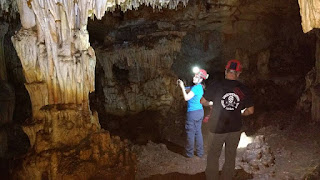 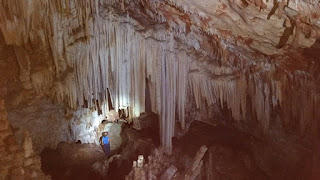 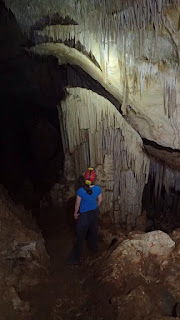 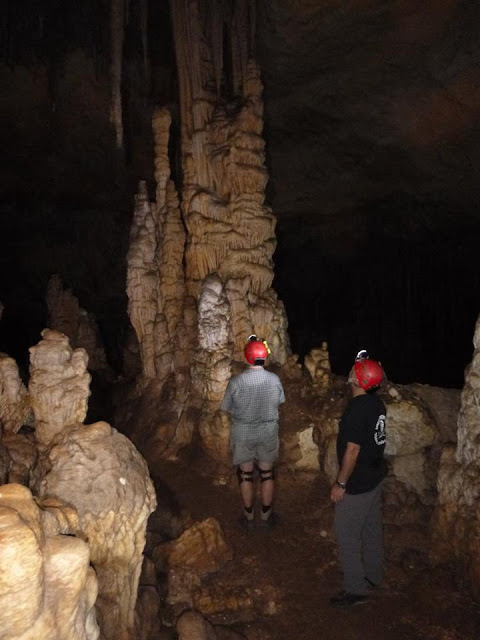 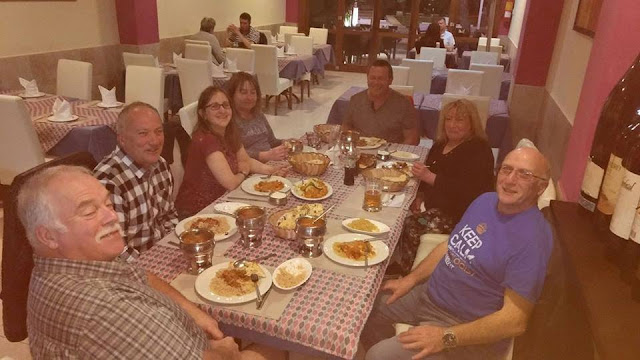 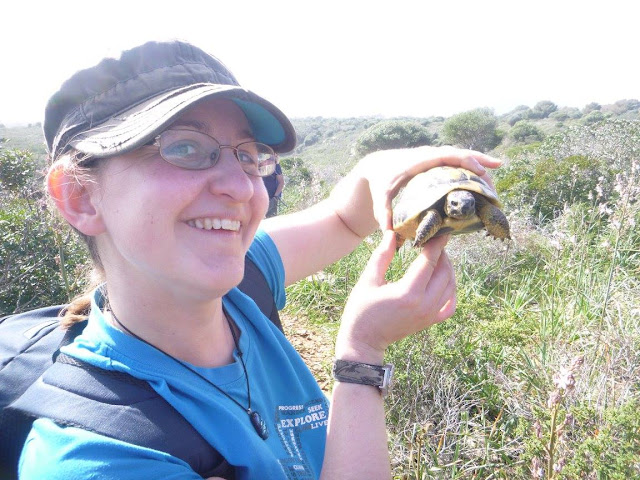 An endless supply of photography material 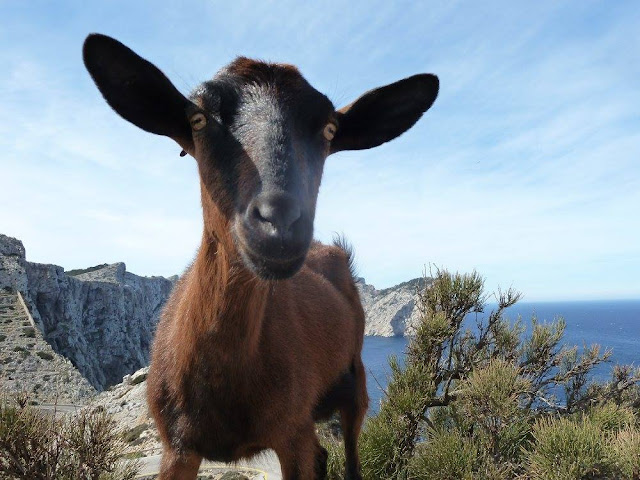 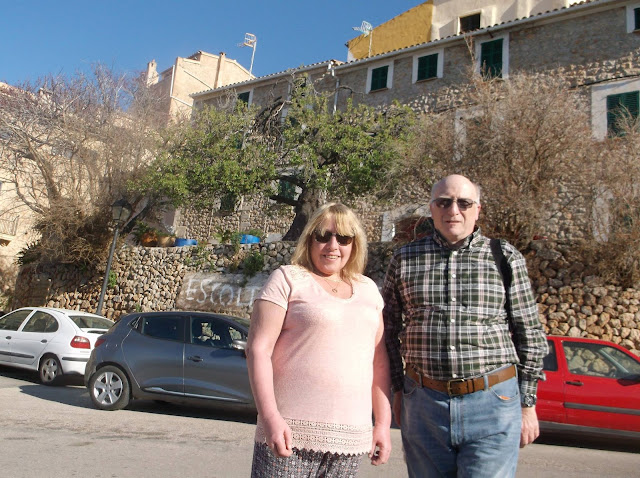 Lel and Malcolm at Valdemossa

*Lowlights of the week*


It was only for a week!

From Claire:
A great time was had by all of us in Mallorca! We arrived very late on Saturday night, then had a quiet Sunday looking for shops so we could stock up on food and drink and visiting the local market in Pollenca as well as going for a look around the seafront at Port de Pollenca, only a few minutes' walk from the apartments. 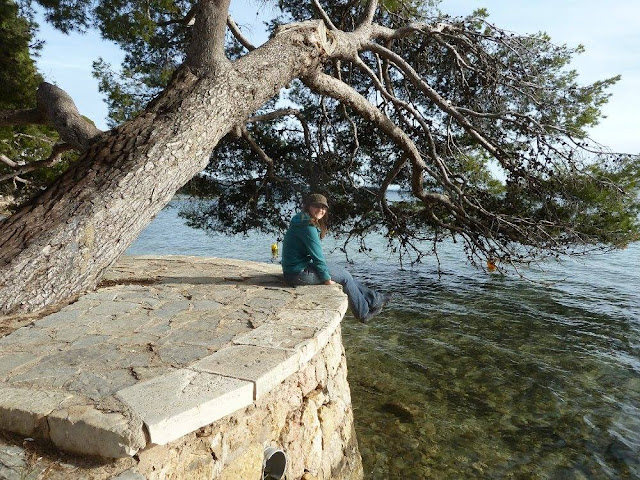 We were split in to two groups. Lel, Iain, Barbara, Paul and Claire were in a 6 bedded apartment and Allan and Malcolm stayed  just around the corner in another apartment. Monday saw us drive out to Formentor for a walk and to see some spectacular views and we then went over to Calle Saint Vincent for a walk and a brief dabble underground in a mine. The weather was fantastic and around 16-20 degrees, so we were all happy and enjoying the sunshine. On Tuesday we went for our first taste of Mallorcan caves near Manacor., around 1 hour's drive away. We visited Cova des Moro and Cova des Pirata. Both were very impressively decorated and plenty of time was spent photographing the formations and just generally admiring all the formations. Wednesday saw us head out to the region near Soller and search for some mine adits (unsuccessfully, unfortunately). We then went for a walk around Soller and had a look at the town. Next day we were to take a train from Palma to Soller and then have a tram ride out to Port de Soller.

Friday was our last full day. A group of us had intended to go caving today, but ended up visiting the Torrent de Pareis instead after getting stuck in traffic and caught behind cyclists meant we had a much later  start than we had hoped to have. Torrent de Pareis was amazing! Apparently it can take up to 6 hours to traverse the full length of this, so we didn't have enough time to do the whole thing, but the section we did was great fun. Plenty of scrambling and climbing and squeezing through rocks. An ideal replacement for a caving trip! 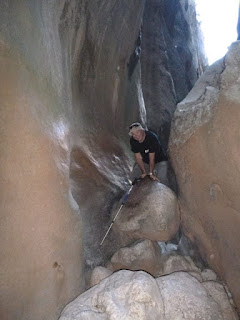 
While the others were walking up the Torrent de Pareis Lel, Malcolm and myself (Barbara) decided to take a trip to the much recommended little mountain town called Valdemossa. 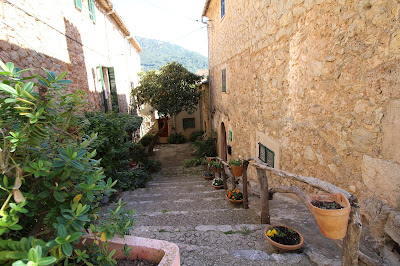 Famous as Chopin’s winter retreat, this beautiful, picture postcard town more than lived up to its description. Each of the small stone houses in the (I don’t think I can call them streets, they’re far too small) little roads had plant pots placed outside. The effect was magical. As small as these roads were, it didn’t stop the cars zipping up and down them. At one point, we had to go into someone’s doorway to let one pass.


Although it has lots of shops and restaurants, it’s been described as a fine example of early Spanish culture. 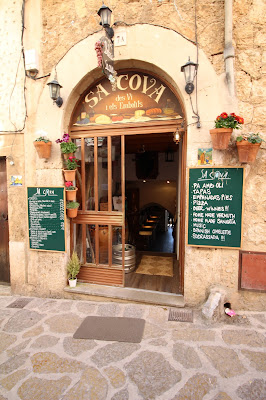 The weather was beautiful and we spent a couple of hours visiting the monastery, walking around the busy streets taking photos and eating lunch alfresco in the main street. All in all, an absolutely lovely chilled out afternoon.


Travelling back, Malcolm stopped off in Soller town so that we could visit the cathedral. Although we’d gone through the town on the tram, we didn’t have time to have a good look around. Dozens of photos later, we headed back to the apartment via a supermarket, armed with San Miguels for the evening get together.
Saturday finally arrived, but fortunately our flight wasn't until early evening so we still had time to do something during the day. Allan, Malcolm, Barbara and myself (Claire) opted to visit the Caves of Drach whilst Lel, Iain and Paul opted for a walk and a nice lunch in the North of the island. The Caves of Drach were well worth a visit. The caves were well decorated and well-lit. There was even a small concert there by a floating quartet and a short boat trip. What's not to like?

Keep your eye out for the return trip! There are plenty of caves left to visit plus a trip down the Torrent de Pareis and walking in the Serra de Tramuntana mountains that need to be done!

Email ThisBlogThis!Share to TwitterShare to FacebookShare to Pinterest
Labels: Mallorca