A team of SWCC members and friends have been digging near Pendine in West Wales over the last year and have now gained access into what is likely to be a major cave system in West Wales, to be known as Ogof Marros.

Local caver Phil Knight and friends had spotted a potential entrance and had begun exploring once permission had been gained from the farmer whose land the entrance was on. Over several months the team was expanded with much of the initial digging done by those who lived locally.

By the end of May 2015, progress was blocked by a flat out bedding crawl, that would later be known as Fred’s Despair, due to Fred’s inability to fit through, unless as he said “his children were on the other side and in trouble”. On 6/6/2015 Antonia and Claire passed through Fred’s Despair, with helmets off as they would not fit through. The squeeze ended in a tight ninety degree bend which those of a taller persuasion would have found impossible to pass. Having got through, and being the only members of the team who could fit through the crawl, Antonia and Claire explored the chamber and passage beyond. 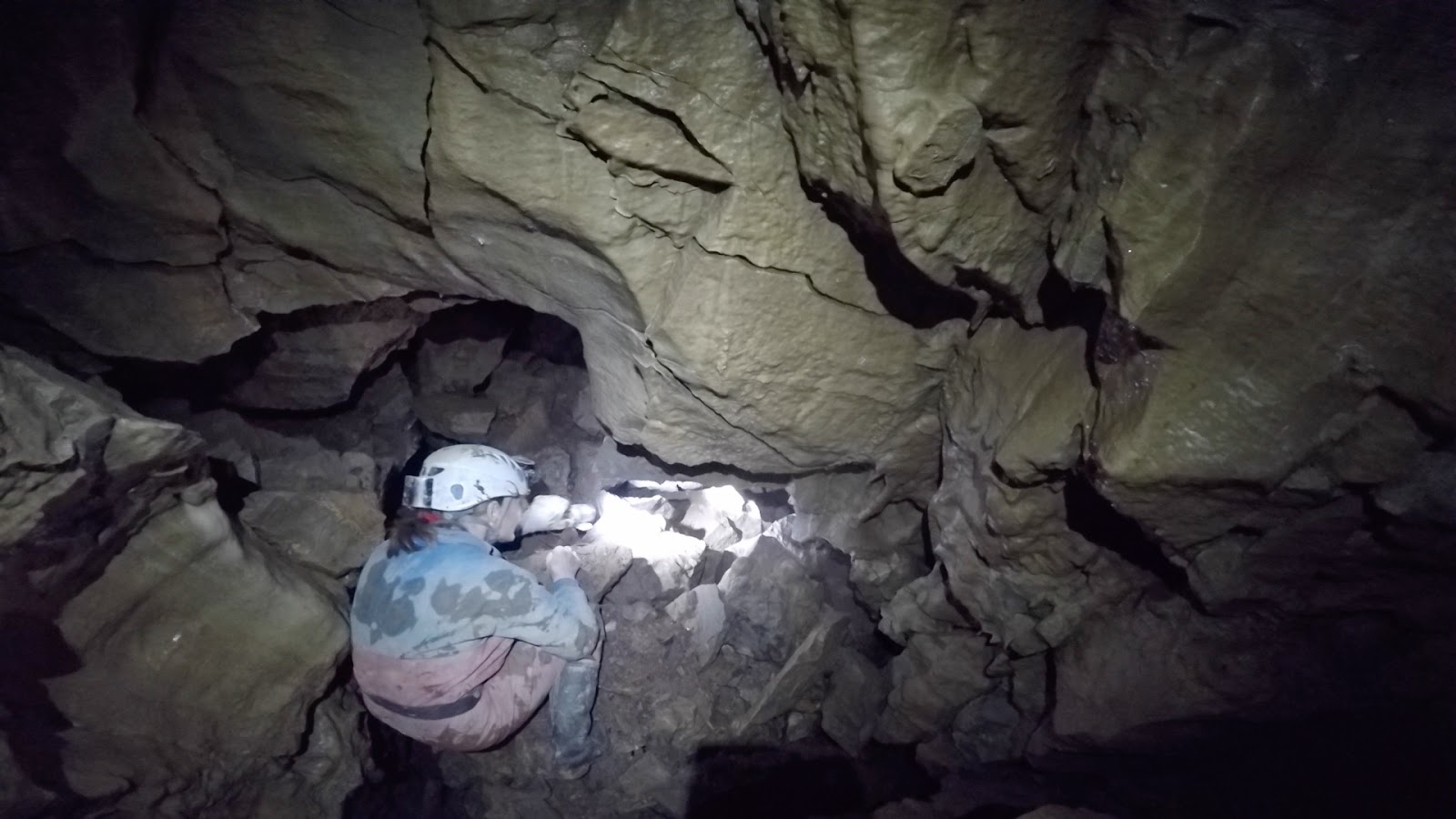 Antonia exploring the new passage, viewed from Fred’s Despair. The way on is to the left and then a crawl through boulders to reach Antonia’s Grotto, the limit of exploration that day. 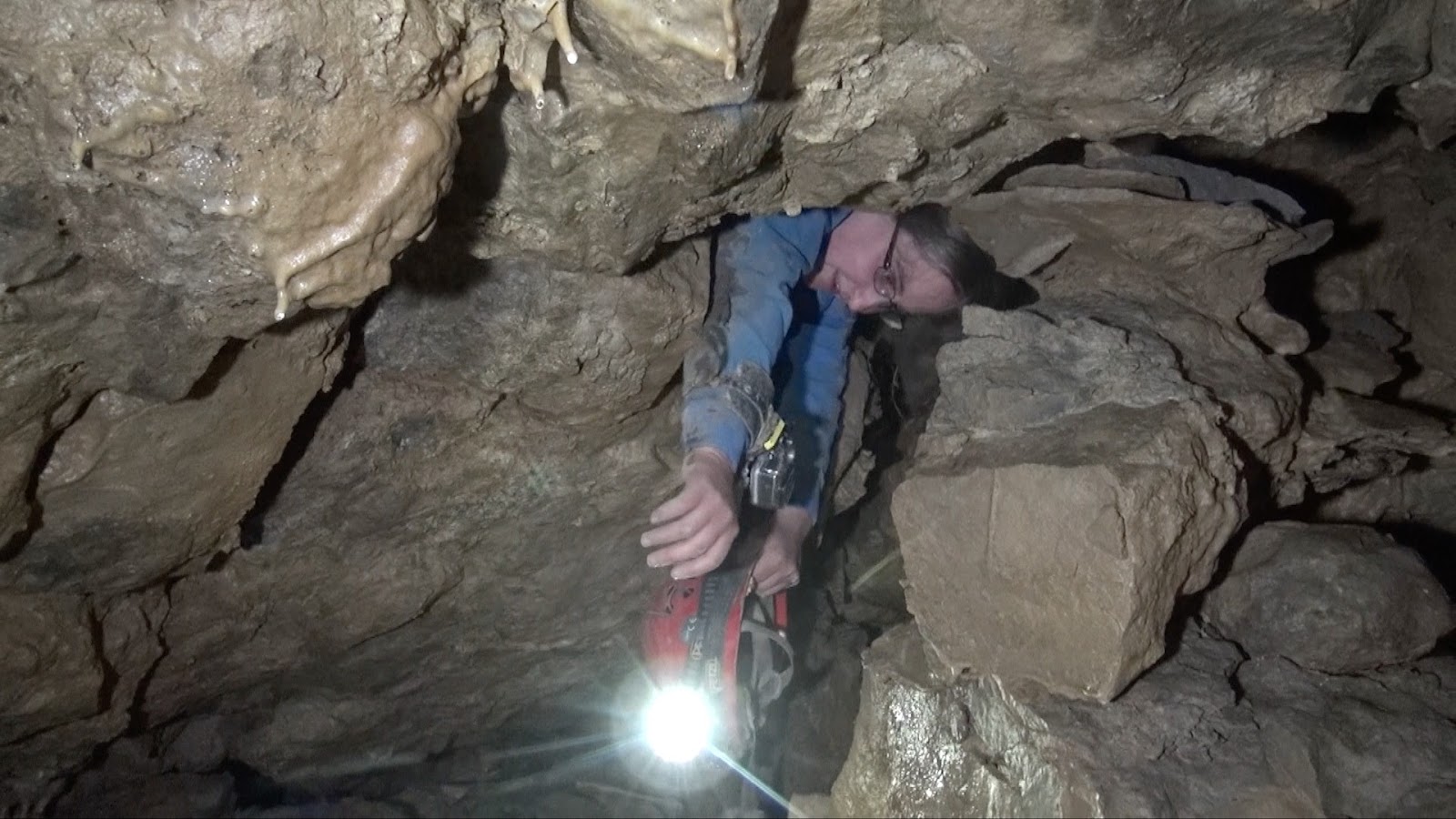 Claire popping out through the flat out crawl, Fred’s Despair. The pagoda style rocks on the right, which forced a 90 degree bend, have now been removed.

A well decorated area was reached, this was named Antonia’s Grotto. We also had a discovery of a grotto around the corner by Ash and this is now known as Ash’s Grotto. Unusual bent formation which had a rude name to start with, but is now known as the Lama. 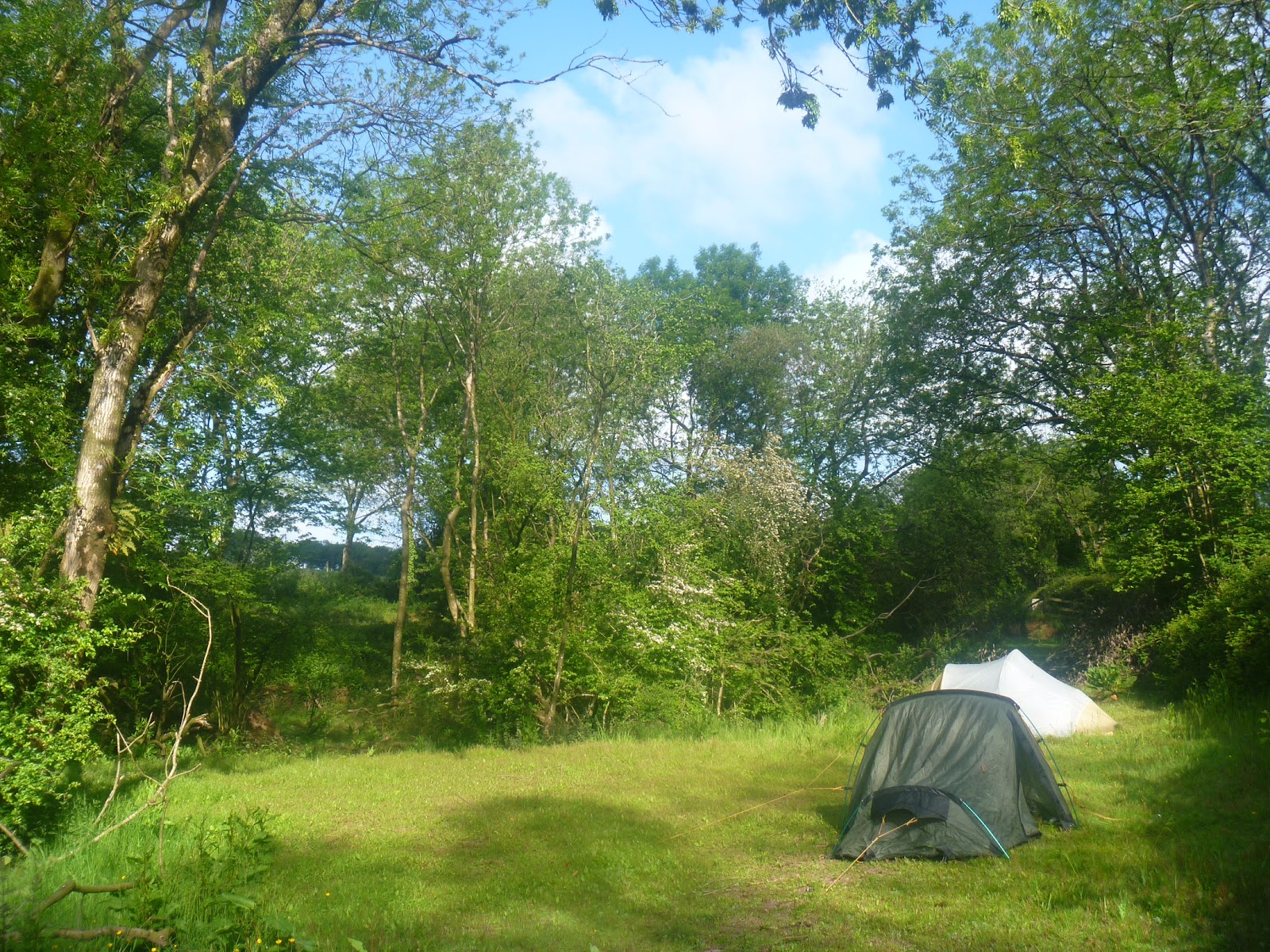 Following a draft down through boulders near the grotto, Claire was the first to push the section now know as Claire’s Clamber which ultimately lead towards the descent into the first choke. This was a climb down through boulders of around 2.5m reaching a small chamber on the right (now full of boulders dug out from the choke). The removal of a boulder, with the lifting assistance of Andy, Ash and Antonia enabled a second smaller chamber to be discovered and a drafting way on looking likely against a solid wall. 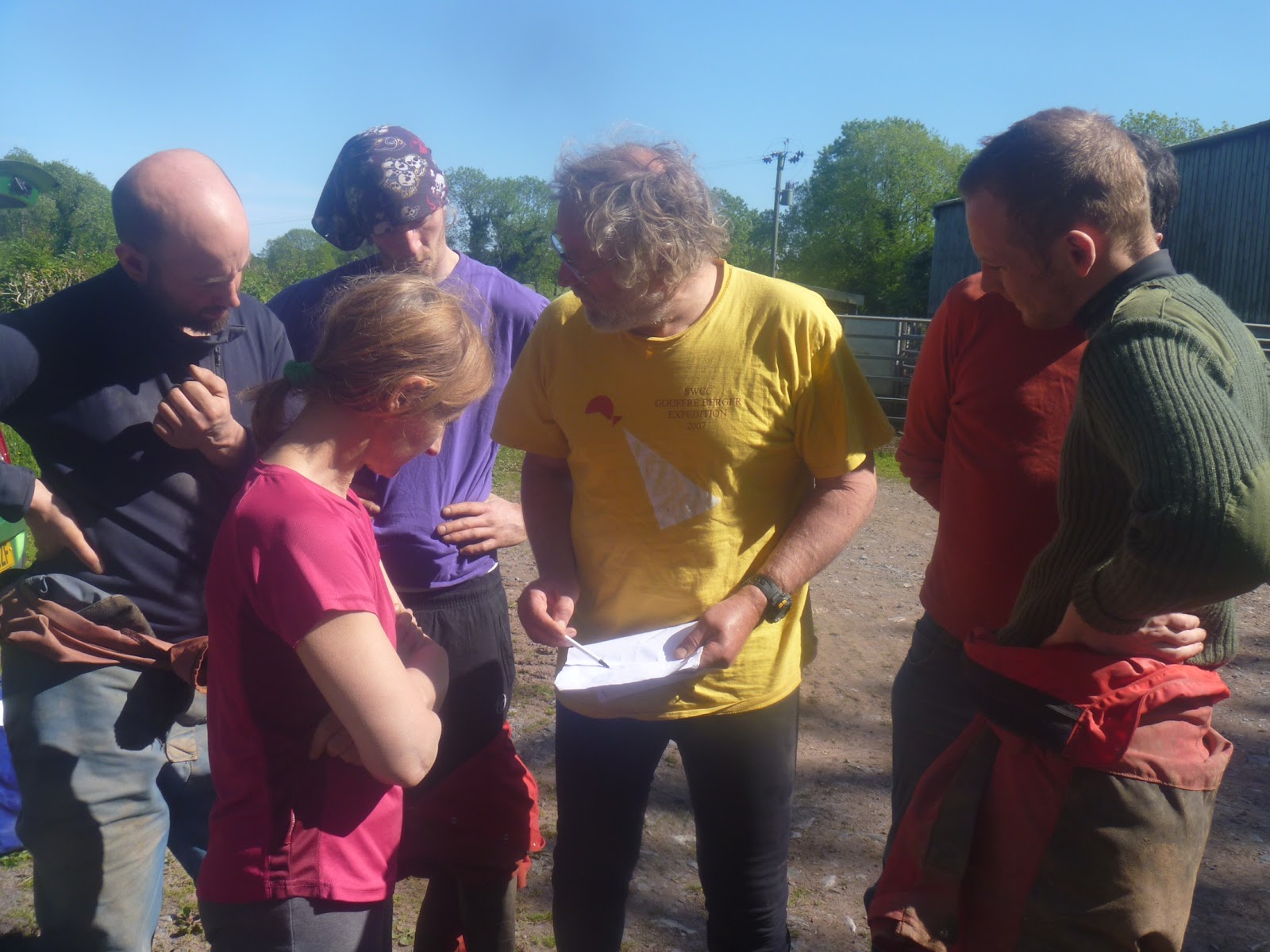 Many months were spent following a draught through a progressively dangerous choke with one false lead, pit one, that nearly squashed Ash and then tried to turn Phil in to a smear. This led to digging at the end of the rift after lots of rock “tetris”. Essential scaffolding was purchased and put into place in the newly named Sciatica Shaft (following back problems experienced by several members of the team). Three Man Chamber, at the base of Sciatica Shaft, has now become a storage area for recalcitrant boulders after pit one became filled. It is also a convenient place to store digging kit waiting to be put into good use.

Several attempts were made to push towards the water which could clearly be heard. Some potential ways on were abandoned as they were simply too dangerous to follow, including the Chamber of Terrors.

It became a regular event that the team would dig like crazy, retreat with shattered nerves and Andy passing judgement of the next best course of action. 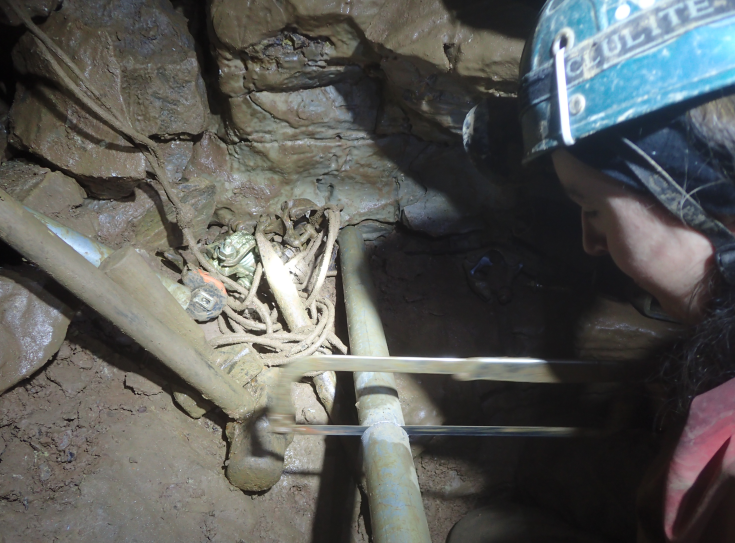 By July 2015 the team had gained access to a stream within the boulders and had seen an obvious way on with a tantalising view of stalagmites. With a bit of work the way forward became just passable in the stream. Whilst under the protection of boulders in the constriction, Andy tested a rock up in the ceiling and several boulders dislodged. The following month was spent removing this pile of boulders which were blocking the view beyond.

A team returned to the cave on 21/10/15 to try to move one final boulder. The boulder had spent many weeks working its way from the roof, swinging and teetering before falling and blocking the way on. In a very confined space Antonia managed to drill a hole into the boulder, place a bolt and tie a rope into it. Andy and Duncan pulled whilst Phil rocked the boulder with a crowbar. It was finally manoeuvred and bought within safe working distance, thus securing the name of ‘Back to the Future’ for the newly ventured part of the choke. Upon exiting the cave for the day Phil mentioned it was his birthday! He would have to wait 2 days before he could open his present!

On 23/10/15 the team returned with Claire and proceeded to take it in turns to drill then plug ‘n’ feather the boulder. This was frustrating and a very intense experience as one would be laying flat out in a stream, no room to manoeuvre, under some probably less than secure protection!

By lunch time the boulder was destroyed with much of the credit going to Phil! 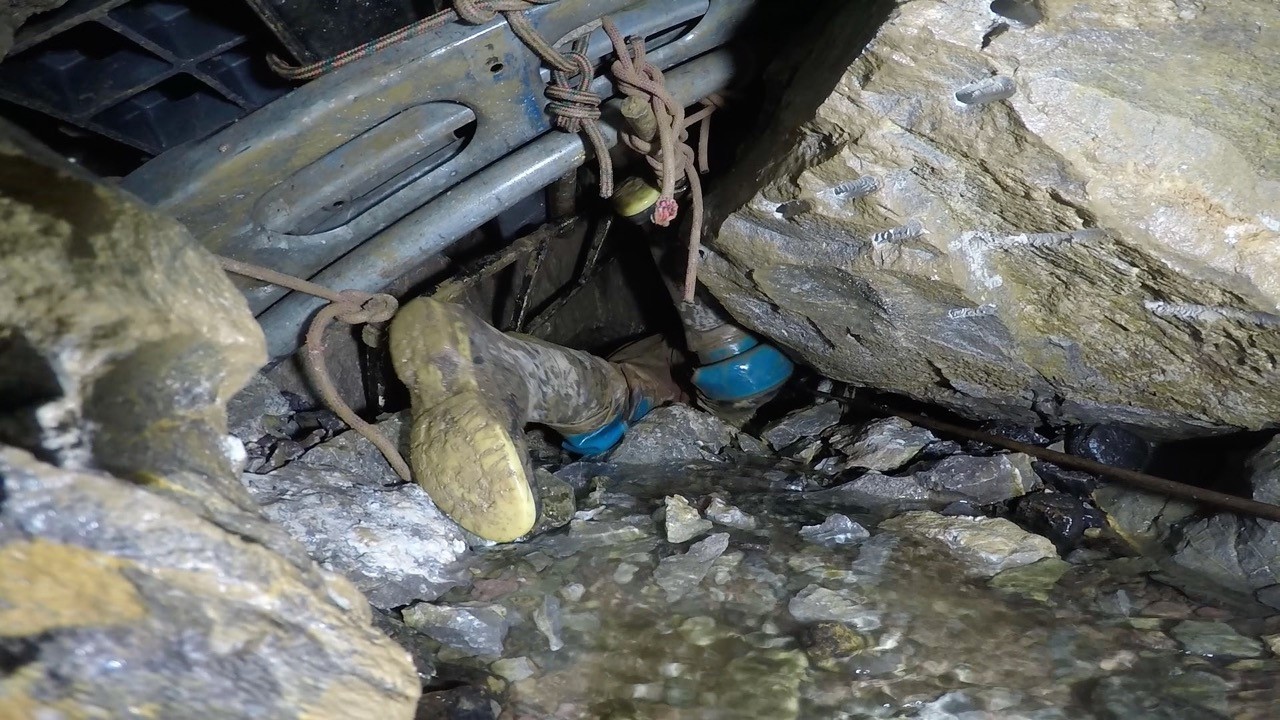 Exiting the choke requires a flat out crawl in the stream in a very restricted area.

Antonia and Claire, were first through, whilst Andy, Phil and Duncan remained on the outside of the choke. Who said chivalry was dead, ladies first!

Antonia and Claire had taken a walkie talkie through and were describing the scene, we sat in the choke gobbed smacked listening to their description. They were joined by Phil and off they went down the newly named Wildest Dreams passage. About 30 minutes later they returned and the ladies came back and Andy and Duncan joined Phil.

We pushed to the limits of where Antonia and Claire had reached and had left a going lead as they had felt they had their share of first discoveries and we entered a large stream passage. 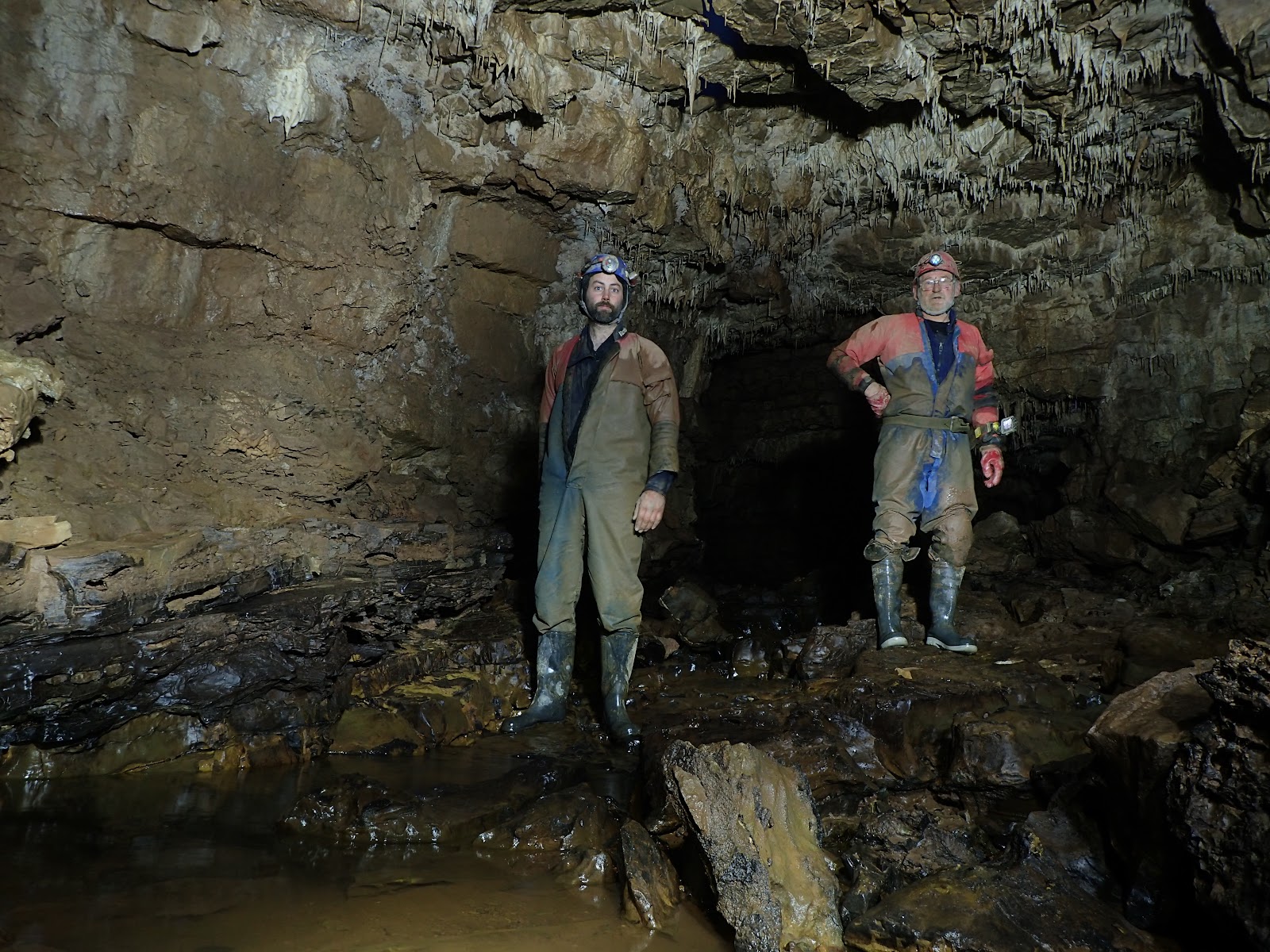 We headed back to the choke and Phil and Andy were replaced by Antonia and Claire. We went back to the large stream passage and headed up stream, it was clear that it was heading nearer the surface and we completed the first round trip in the cave. 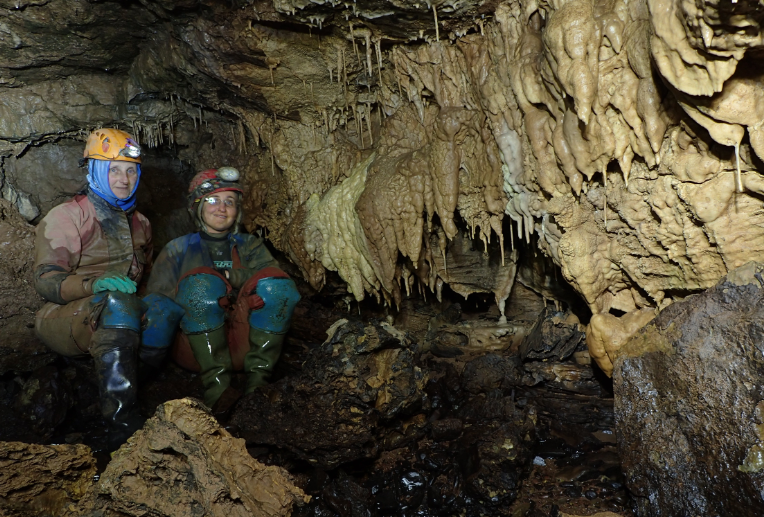 Antonia Freem and Claire Vivian at the upstream limits of our initial exploration.

Some of the best formations were just downstream of the choke, one a twiglet like formation defying gravity. Our remaining time in the cave was spent standing on a boulder strewn floor, looking down a 3m climb, trying to ascertain the best route to the ground below, where the stream was visible, flowing off down a passage into the distance. A visit by Phil and Ash the next day showed that this passage was blocked some 20m further on by another choke.

We all came out feeling “shell shocked” having just discovered 300-400m of passageway in a totally new cave system. After much group hugging and jumping up and down the adrenaline started to wear off, we went back to the car got changed and had a celebratory fish ‘n’ chips. I don’t think any of us slept well that night!

Since then we have gone on and explored beyond the climb on the way to the second choke. A new round trip has been found, along with another pretty grotto. More has also been discovered upstream. Antonia, Phil and Claire pushed the area near the original limit of upstream exploration and found a further c.25m of generally crawling sized passage amongst boulders beyond “Tickled Trout” Inlet. A small upper level passage, near this area was also pushed by Antonia and Claire, past a tricky 90 degree bend, until it was found to end at a small inlet cascade. A very pretty crystal pool was also discovered in the floor of a small chamber (Crystal Carpet Chamber) near the ‘unshattered pillar’. Phil and Ash were the first to spot and name ‘Jimmy’ the trout in the streamway. Since then, 2 more trout have been sighted in different locations. 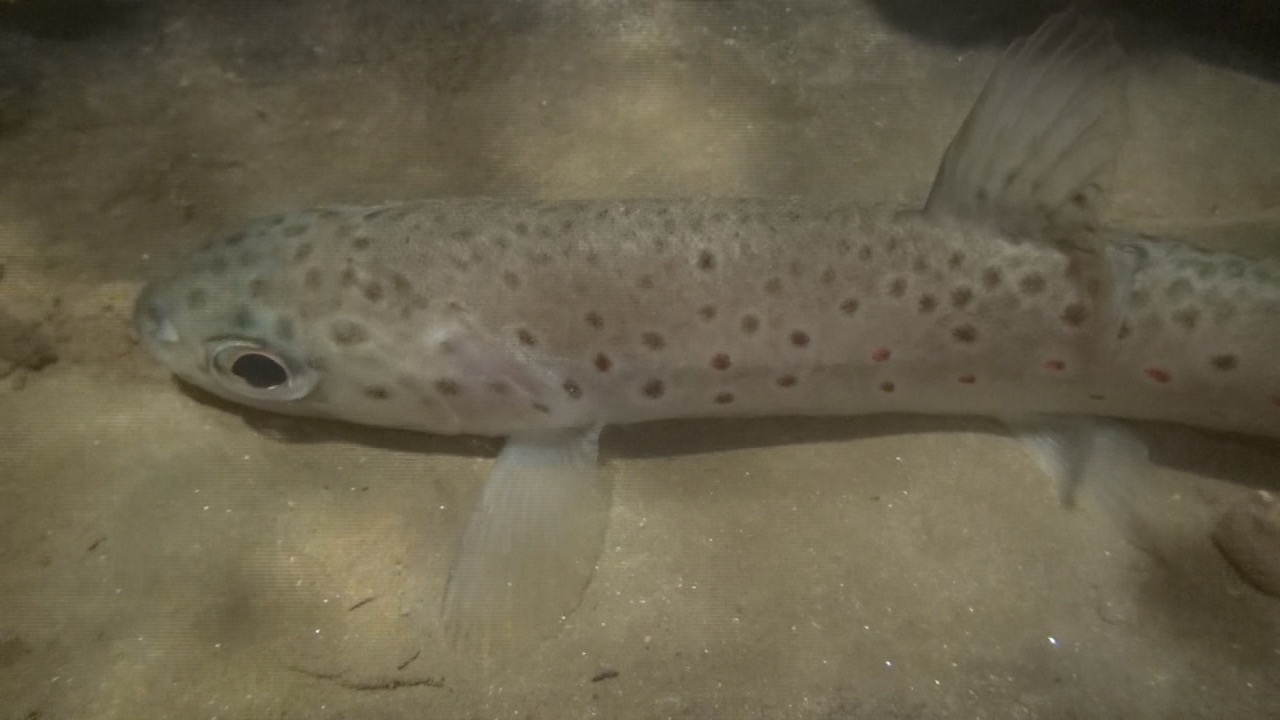 Jimmy the trout in the streamway.

It is hoped a more detailed article is to be published in Descent. The cave is locked, please use the email below if members are interested in seeing the cave and supporting the discovery.


Now you have read the blog watch the movie of its discovery!