Mark, Duncan, David and Claire arrived on Friday evening at Whitewalls, the CSS club hut. We all had our mini-adventures getting there that evening with delayed trains and the A465 shut for road upgrade. Friday also seemed to mark the beginning of a miserable weekend of weather, so nothing new for Wales!

Saturday’s trip was to be the Daren Cillau through trip entering via the classic crawl in and exiting out of Ogof Cnwc. When Helen arrived we got changed and headed out to the public car park to meet up with Mark and Jess who were going to lead the trip.

I (Duncan) had made a faustian pact with Mark that if he were to lead I was to carry his camera box in. Why I was spared the horrors of dragging the large camera box through the crawl I shall never know but I suspect my debt has not yet been paid…

The Daren entrance series is infamous. 517m of narrow, twisting, passageway, a lot of it crawling size, with several squeezes, puddles and s-bends thrown in for good measure. It has a reputation for being both arduous and time consuming. Suggest a trip to Daren and you will see many eyes widen and heads begin to shake sadly. The fact that there is no gate on a system of this size - over 16 miles in length (26,000m) - is an indication that the entrance is considered to be a sufficient natural barrier to prevent non-cavers stumbling in and getting lost.

We had a good trip there and made fairly fast work of the entrance series. As a group of 7 we made it out of these in around an hour. Undoubtedly the entrance was more awkward for the taller members of the group. Being short had its distinct advantages for a change as I (Claire) barely noticed the Vice (a squeeze around 80m into the entrance) and there were plenty of times where I was able to walk when a lot were still crawling along. In my opinion, the entrance series isn’t anything to worry about, it’s just fairly sustained, nothing that should put you off visiting the excellent cave beyond.

I (Duncan) on the other hand have a completely different opinion of the crawl! Whilst not particularly technical and the squeezes were “fun” much of my time was hands a knees crawling or flat out crawls through annoying puddles and I suffered a severe attack of cramps in my right calf muscle. When we finally exited the crawl I felt battered and bruised and we had barely started.

We followed the standard through trip route with Jess leading the way. At one point Mark showed the way on to the deeper parts of the system so we would learn the routes.

During the trip we stopped several times for Mark to take some photos. The full set of photos are on his flickr account. 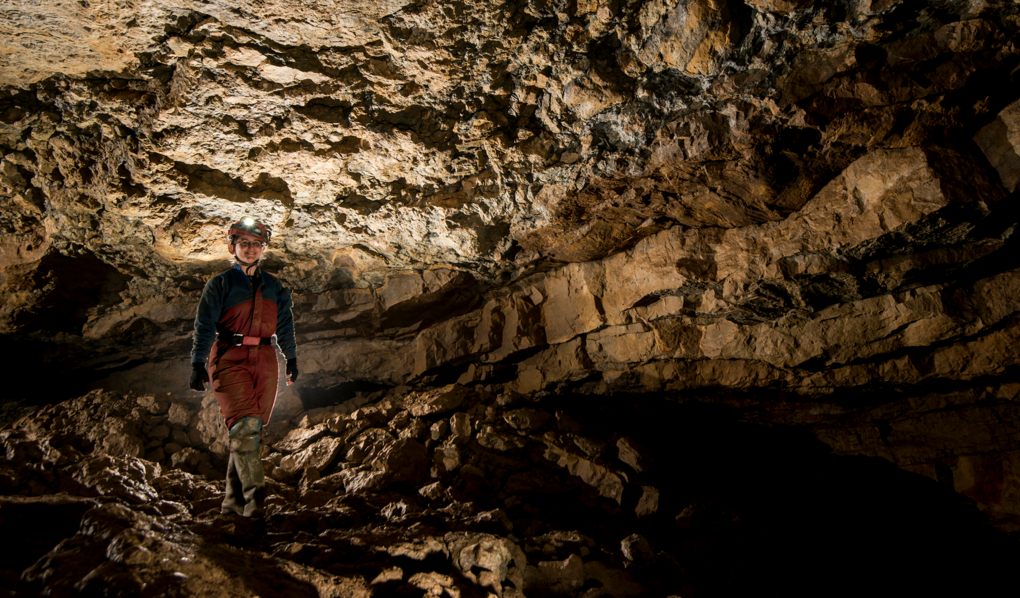 © Mark Burkey 2015.Claire at the beginning of Far Epocalypse.

Some of the most impressive formations we saw were in Urchin Oxbow. This passage can be easily missed but is well worth the effort as it is a simple diversion that loops back to the main route through. 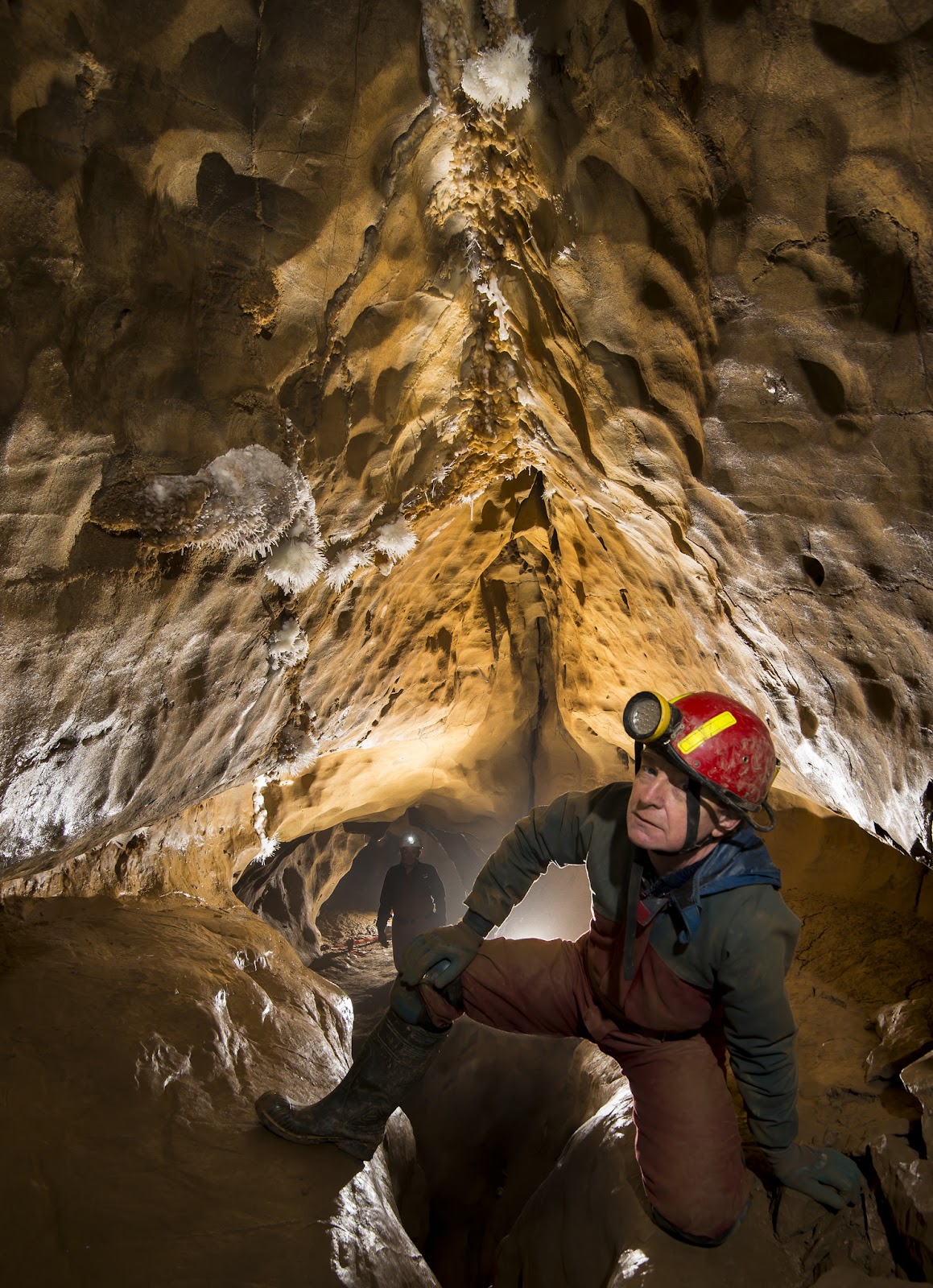 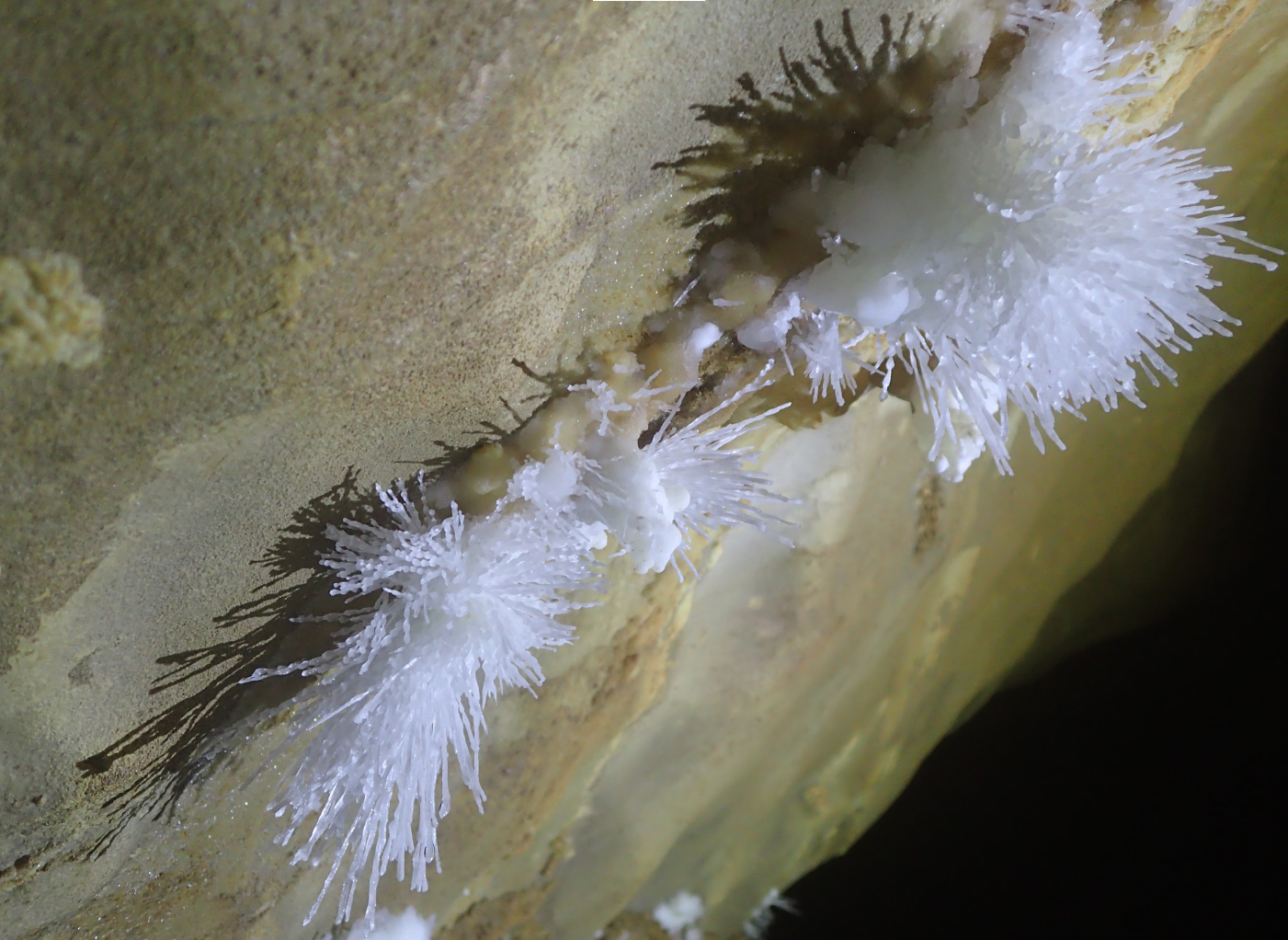 The delicate formations in Urchin Oxbow 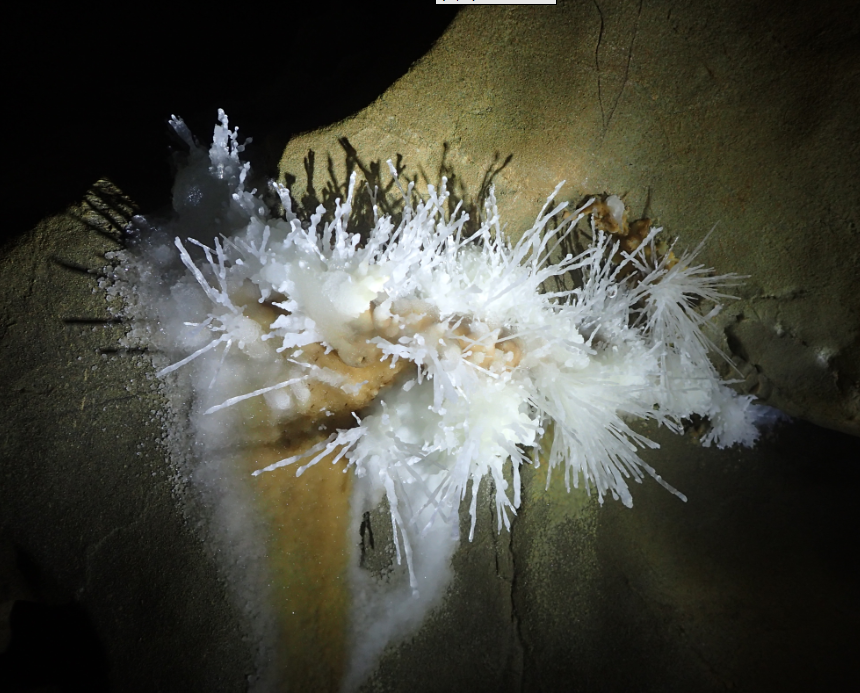 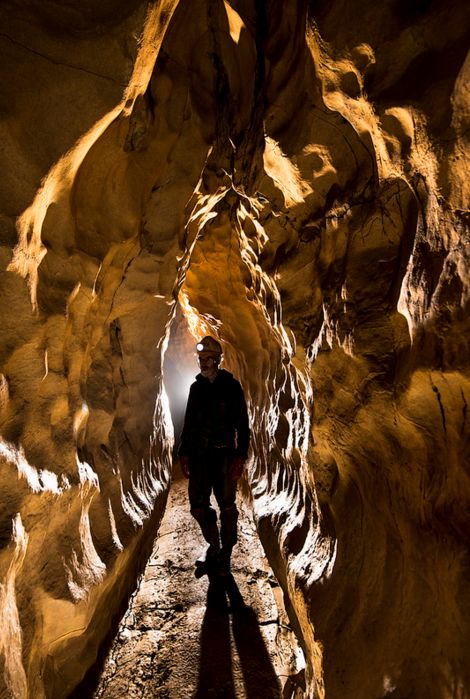 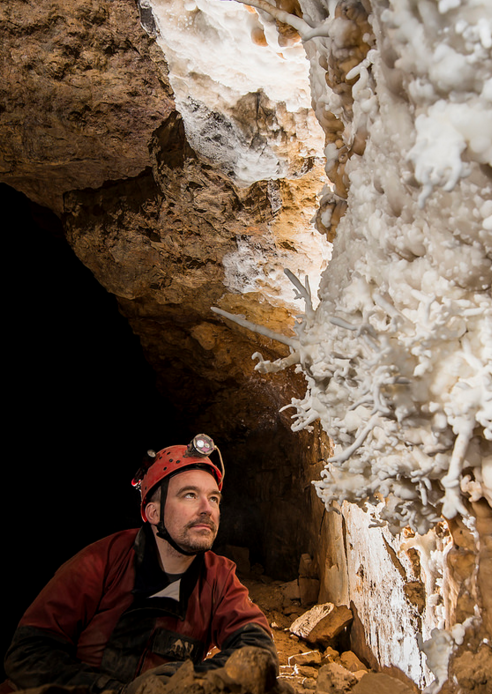 After all the pretties it was a surprisingly long and relentless stomp along Antler passage with the occasional up and down on chain ladders, teetering on metal plates on the side of boulders (being short did not help there). Jess also discovered a straightforward bypass to some traverses along this passage, which was welcomed by Claire. After one final photograph in Price’s Prophecy it was the grim crawl out of Ogof Cnwc. This squalid muddy exit means by the time you finally get out you are covered head to toe in sloppy liquid mud! 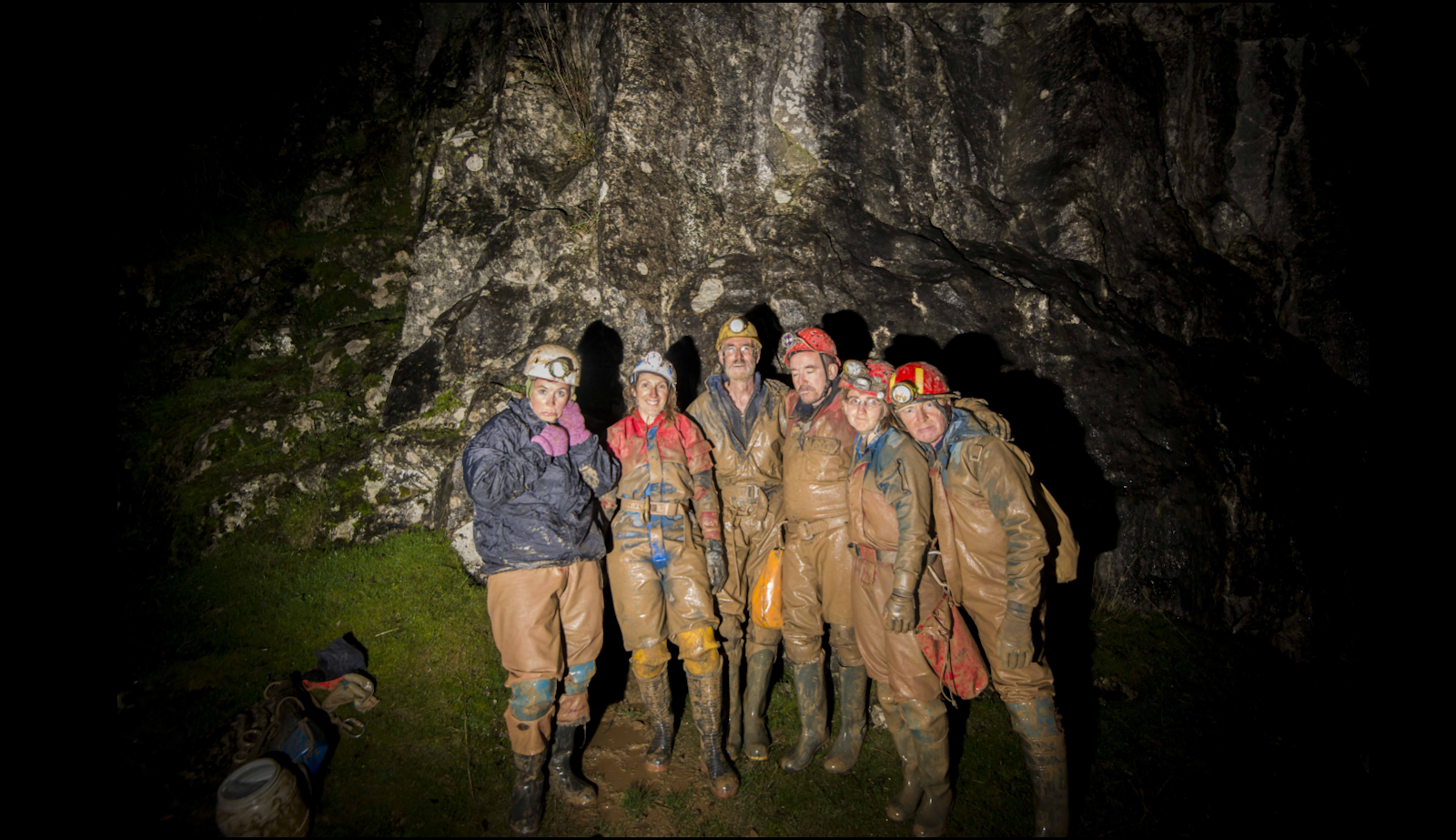 © Mark Burkey 2015. Only Helen appears to be happy, I guess she was glad to be alive!

With non-stop rain and bruised and battered limbs from the Daren through trip options were limited. Duncan had never visited Craig-A-Ffynnon and was keen to at least give it a go. Another club staying at Whitewalls had been the day before and had mentioned the river in the section Gasoline Alley was pretty high and everyone agreed it could have sumped. Not every visit has to lead into some amazing stomp it can often be a simple fact finding mission which for Duncan was where was it, how do you get into it and when Gasoline Alley is bad, how does that look?

So Claire, David and Duncan headed out into the grim weather and off down the valley.

Where was it turned out to be easier than expected. Getting in was surprisingly difficult, especially as the other club had locked it incorrectly. For the record when locking, push the bar that will have the padlock on UP through the hole. This allows the lock to be handled much easier, the alternative being 15 minutes of arm dislocating back flips whilst spinning on one’s head...grrrrr

Now I’ve heard great things about Craig-A-Ffynnon, very pretty I’m told, Hall of the Mountain King is impressive, some sporting sections and it did indeed live up to the claims. However no one has ever mentioned the mud...Seriously how much can there be? Apparently more than enough! There was even one small, very innocuous, looking section where both we and it were so muddy that we kept slipping back down and had to form a human chain to get up.

Despite the mud and the threat that Gasoline Alley could sump we made our way to the Hall of the Mountain King and blimey it’s impressive! Well worth the effort. David showed us the way on then we turned around and head back out. Thankfully the river had not risen and getting out was fine. Route finding was easy, the second choke was easy to navigate and a great Sunday trip. I can’t wait to go back when the weather is a bit more stable!