A smaller team of SWCC cavers descend upon the YSS for a weekend of SRT training and trips. Very wet weather limited our trip options to known “dry” entrances whilst Mark and George attended an SRT training session run by Helen using the excellent YSS indoor facilities. 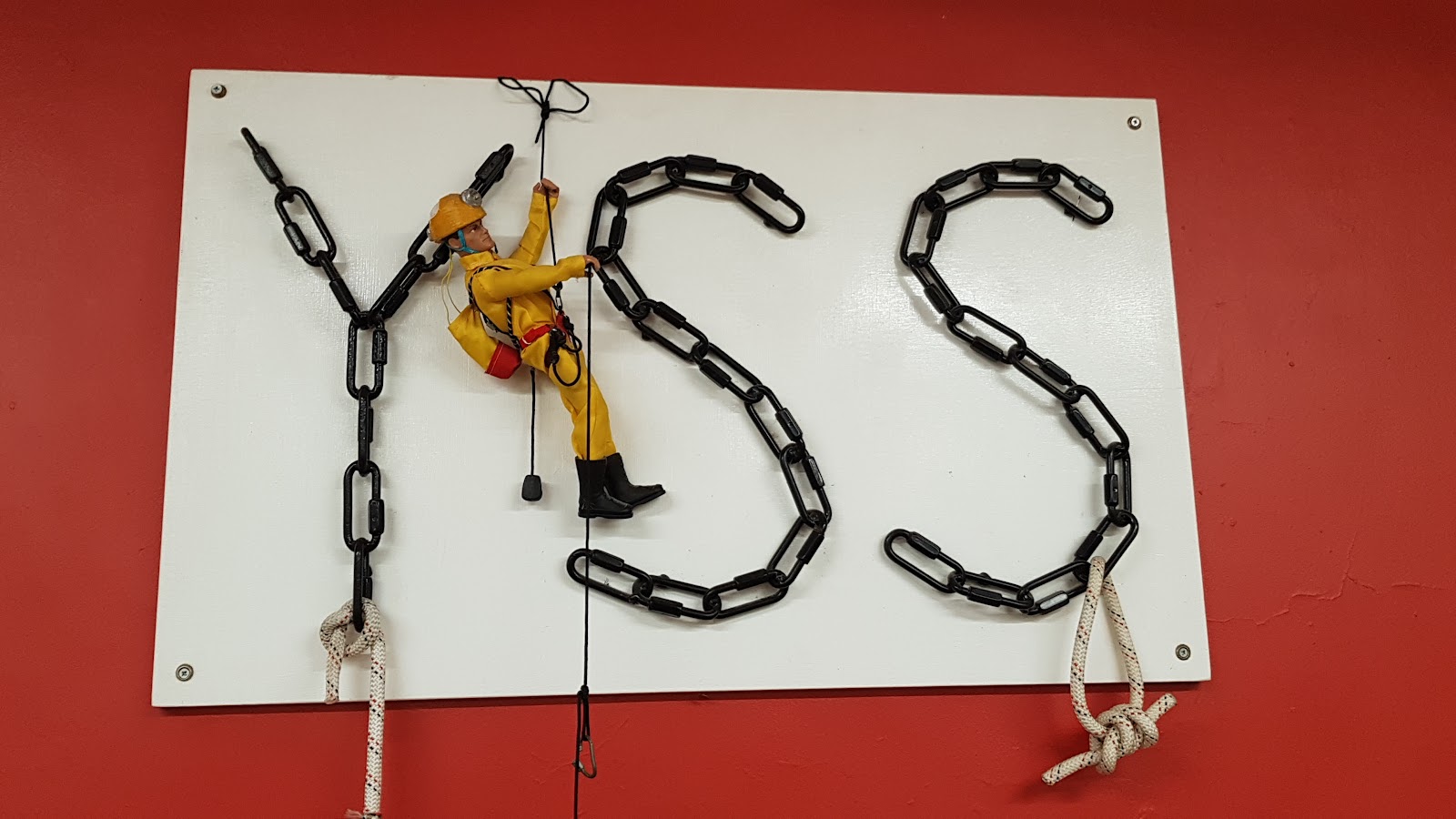 
Helen arrived early Saturday for SRT training with Mark and George at the YSS.

Due to the poor weather the rest of us took several cups of tea before deciding to visit Lancaster Hole and explore the immediate surroundings including the Colonnades and the Wilf Taylor’s passage of the Ease Gill system.

A Josh White was staying at the YSS and asked to join our trip as he had never visited the system, little did he know he had also unconditionally agreed to rig the entrance… ;)

Arriving at Bull Pot Farm it was clear how serious the issue of flooding in the system would be as what is normally a muddy but dry foot path had turned into a full on stream...

Arriving at the entrance we discovered another team was also using the same entrance so we had to rig over their rigging. Whilst standing around on the surface we could not get over how mild the weather was which made for entering the system less inviting. The draft coming from the cave was particularly cold.


The main pitch was quite wet, you could keep out of the spray for most of the descent until the last few metres then you got a face full!

With the team collected at the bottom of the pitch we went in search of the Colonnades. After a few wrong turns we found our way to them. I took a few photos and accidentally captured an Alice in Wonderland moment where Claire the smallest in the team grew to an enormous size whilst Lee shrank in size!

We then went in search of the Wilf Taylor’s passage, stopping to admire any pretties.

We found our way to the section of passage that leads you to a sump to Bull Pot of the Witches. A stream was thundering through this section stopping us from progressing any further. We took the opportunity to grab a team photo as the air was relatively free of mist.

Returning back to the entrance we stopped to grab a couple of photos, Lee next to a curtain and Claire next to the shower bath.

We returned to Lancaster Hole main pitch (30m) and then it got all a bit complex. As our team were attempting to exit the other team came down the entrance to collect their rope (they’d done the traverse to Country pot via Manchester Bypass). A third team had rigged over our ropes and used a slightly different route so when they arrived, to exit the system, it all got a bit “busy” at the constricted entrance with three people all trying to exit at the same time.

We returned to the YSS, cleaned up then meeting the others headed over to the Helwith bridge pub for a night of food and beer!

Mark and George left quite early to meet with Helen and put into practise the SRT skills they had learned on Saturday by visiting Jingling Pot. The rest of us had a lazy start with sore heads from too much beer…

Derek, Claire and I (Duncan) went back to Bull Pot Farm and visited Mistral Hole, another system that can be accessed in wet weather conditions. We bumped into some freshers from SUSS at the car park and determined that they were heading to the same cave. It was then a race over the moor as to who got to cave first…

Neither Claire nor I had visited this cave before and our visit to the system was based on Derek’s memories from 21 years ago! Amazingly he could remember key junctions and was able to guide us to key locations. Nice one Derek!

We passed Hall of the Ten where Duncan and Claire had a look at the exit from Pipikin pot- wet and foamy. Our next stop was Hall of the Mountain King which has some glorious mud. On leaving the Hall we bumped into the SUSS group who were about to enter the Hall for a mud fight. We continued into the cave towards Gour Hall.

Someone had deliberately placed a saucepan on a stal boss which was being dripped upon. It produced an eerie tapping sound as we approached Gour Hall, something out of a horror film…


On the way back we stopped a couple of times to photograph the stalagmites that had grown along the passage.

We made it out to wonderful evening sunshine a stark contrast to the previous days weather.